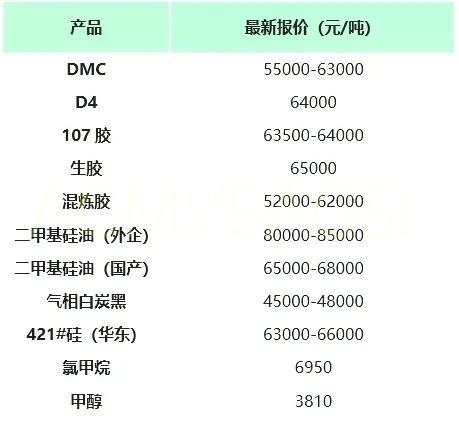 A brief review of the market

Recently, the price of silicon metal has been continuously corrected, and the price of metallurgical grade 553% has dropped from the highest point of 55,000 yuan / ton to 30,000 yuan / ton recently, with a pullback of 45%. Chemical grade 421# After a period of firmness, the price also began to loosen, with a pullback of nearly 3,000 yuan for two consecutive days. In the early stage, supported by the cost of raw metal silicon, the price of silicone continued to rise and maintained stability at high prices, and the current raw material price began to loosen.

At the same time, the downstream demand is sluggish, the market transaction price has been lower than the manufacturer’s quotation, and the supply of ordinary model products is sufficient, and some manufacturers have greater inventory pressure, and have begun to repair the inventory. It is expected that silicone will also continue to pullback, and the downward adjustment of mainstream manufacturers’ quotations remains to be seen, but the pullback range is related to product quality, and the pullback price with better quality will be less, and the quality of general pullbacks will be more, forming a price difference again and re-establishing the balance.