As smartphones are becoming stronger, now we can not only watch videos, listen to music, play games, and even use it to light up! In the mobile phone application market, there are so many flashlights as well as beef hair. Which one is better? I downloaded 4 flashlight software with high download capacity from the application treasure. Let ’s experience it with me. I believe that there will be their own answers! 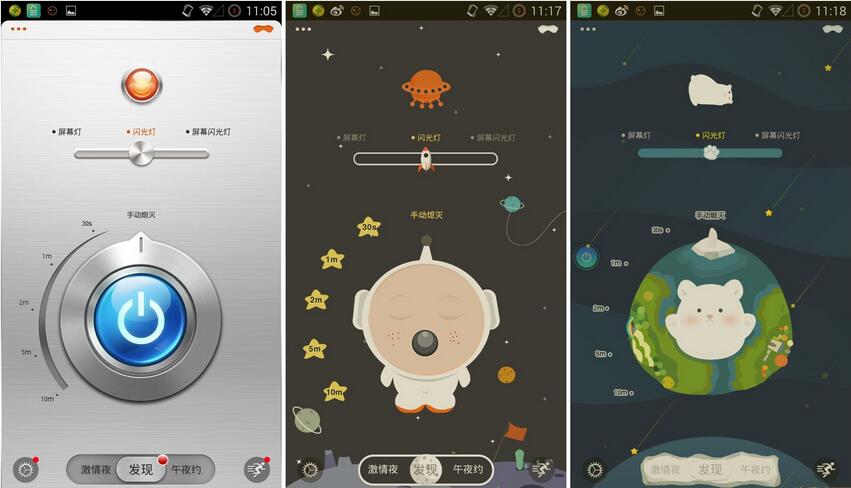 These softwares are conscience software with relatively small memory. Next, I will evaluate these 4 software from the four aspects: software interface, lighting method and brightness, operation experience, and function. Let’s feel it together. 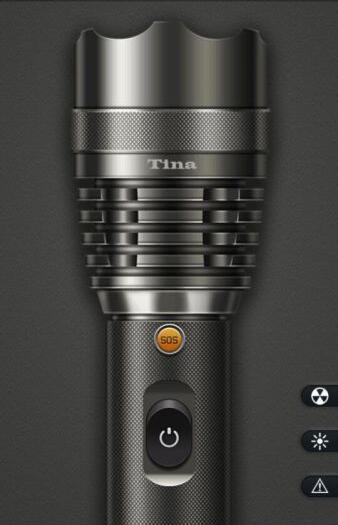 “Firelight” is a simple green flashlight software that is suitable for the Android platform. The software interface is unique. Many flashlight software on the market rarely notice the optimization of the main interface, but with the flashlight, it provides you with a lot of special flashlight skin. You can choose the one you like. There are sufficient lighting and diverse methods. There are three lighting methods: flash, screen lights and screen flash. You can also set regular turnover and shaking switches. The operation is convenient, the main interface is simple and clear. There are four functional icons in the four corners. Click on the corresponding icon to appear corresponding function interface, which is easy to get started. There is a desktop buoy with a flashlight, turning on the desktop buoy, and all the functions of the flashlight are hidden in it. Even if the flashlight is not turned on, you can also click the desktop buoy on the desktop to use the flashlight. The operation experience is still very comfortable. In terms of function, the flashlight is actually a single flashlight tool. In addition to the most basic lighting function, there are three functions: step -meter, eye protection and lock screen.

The “flashlight” is a software with a large number of flashlight software in the App Store, supporting the two major systems of iOS and Android. The software interface is simple and clear, at a glance. The only disadvantage is that sometimes there will be advertisements at the bottom, which affects the mood. Lighting is adjusted, and there is a sliding icon that can adjust the brightness in the upper right corner of the software interface. There are three types of lighting, ordinary lighting, frequent flashing and S.O.S.S.S. In the case of emergency situations, you can use frequent and S.O.S for help. The operation is simple. There is only one interface of the flashlight. All the functions are in this interface. Open the software, the flashlight is automatically turned on, and the flashlight is turned off. Of course, the key can be controlled by the middle switch. In terms of function, there is no other feature except the lighting function. It is worth mentioning that the function of S.O.S lighting, after all, it may be used in the critical moment.

Ultra -bright flashlight is a simple flashlight software that is suitable for Android phones. The software interface is intuitive and simple. The simulation flashlight switch is very practical. It feels like really using a flashlight. The disadvantage of the United States is that there are small advertisements at the bottom. The editor of the small advertisement is all boycott. Even if the software is doing well, you can’t help but want to uninstall it when you see the small advertisement. The illumination is very good, colleagues also support the flash, and the frequency of frequency can be adjusted. The operation is very easy. The switch can be turned on to turn on the flashlight, and the knob can also be used to adjust the flash. It is very practical. The function is single, just like the “flashlight” only has the function of lighting.

The god finger flashlight is a multifunctional flashlight, which is suitable for iOS and Android platforms. The software interface is simple and beautiful, and multiple theme skin is available. There are all handsome guys, beautiful landscapes, cartoon cute pets, and food animation. It can be regarded as the highest value in flashlight software. The lighting is also good. The three lighting methods are free to switch. It is worthy of recognition that it is worthy of the most basic lighting function because it adds a lot of other small functions. In terms of operation, although God’s fingers have a lot of flashlights, each function is easy to find. As long as you open the desktop buoy in the settings, all functions can be found in the desktop buoy, which is convenient and fast. The flashlight can also be set to shake the switch, which is more convenient, and there is no stuttering phenomenon to run. Functionally, in these four evaluation flashlight software, God’s finger flashlight is the most functional one. In addition to basic lighting functions, there are functions such as S.O.S, seismic, QR code, scalar, regulation, hypnosis and other functions. If you install a software, you can use a variety of functions. 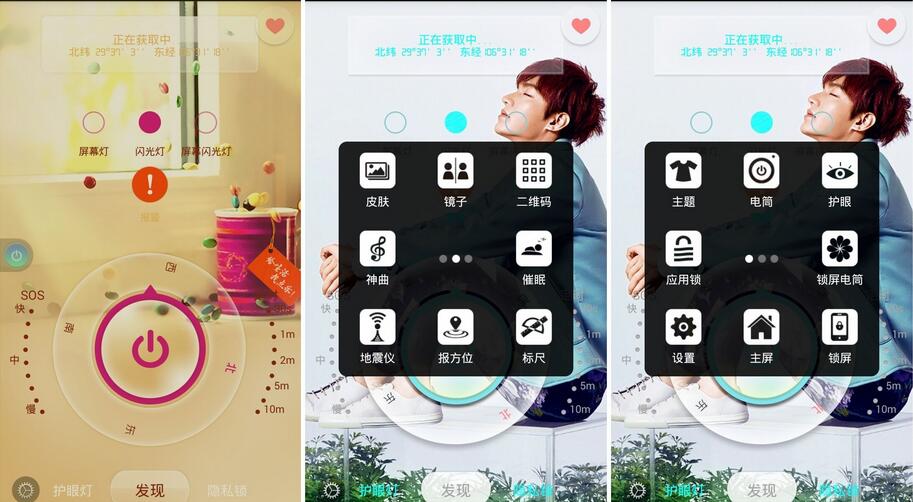