You ask a Quanzhou person, what do you eat in the morning? Most of them will tell you,

Is this a thousand Quanzhou people who want to die? Intersection

I have such an idea 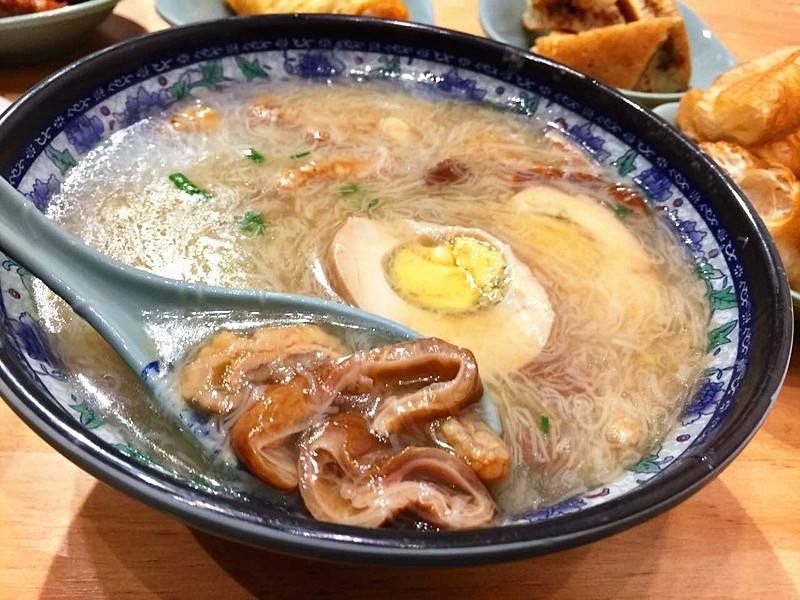 Walking through the streets of Quanzhou, you can see the lines everywhere. A bowl of thread paste, plus ingredients, to follow the fritters, the most classic breakfast combination of Quanzhou people. For a lot of Quanzhou people, it seems that it is a tacit habit to eat a bowl of line paste in the store. Eating a bowl of hot and fragrant noodle lines, the fritters and horseshoe are crispy. Really start.

The noodle paste originated from Quanzhou, Fujian. It is a flavor snack in Fujian and southern Fujian and Taiwan. It is usually eaten for breakfast, and it can also be used as snacks and supper. Its taste is delicious, sweet and smooth, and has the flavor of southern Fujian. 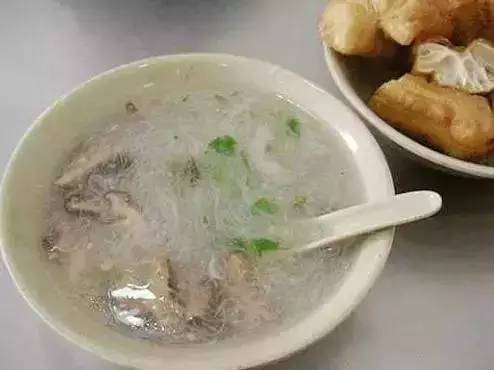 The noodles are made from fine noodles and sweet potato powder. The soup is thick, the entrance is smooth, and it is not rotten. The soft glutinous noodles wrapped around the shrimp in the soup and shredded pork, which brought the deliciousness and sweetness, which became a traditional classic of the southern Fujian people. The noodle lines of making noodles are also very particular. They are fine, elastic, and are not easy to crack. The bottom material of the soup is seafood and large bones. The soup is the essence of the noodle paste. The longer you have to taste, the soup is boiled, then put the noodles, and then use the sweet potato powder to stir. The heat should be controlled, stir it a few times, so that the soup and the noodle line are perfectly integrated in the pot. After rolling, a bowl is a bowl. The hot noodles are ready.

A bowl of noodles (eaten) noodle paste, transparent color, thick soup, noodle paste but not rotten, with the characteristics of fresh, fragrant and light. There is a scent of seafood and big bones. According to personal taste, it is matched with large intestine, shrimp, vinegar, sausages, fritters and other ingredients. When eating noodle paste, you can also sprinkle white pepper, celery, shallots, white wine, and marinade, etc., which tastes more delicious.

All local snacks are created in a long history. The production and edible methods contain the local cultural background. Regardless of whether it is Tiannanhai and the north, people have the taste and pride of their hometown. A bowl of aroma and rich noodles with ingredients. For each Quanzhou person, it is not only a snack, a kind of breakfast, but also represents the taste of the home. Quanzhou is the birthplace of noodles. According to legend, for a year, Qianlong went to Jiangnan to a small village in Quanzhou. At that time, when the food was short, the villagers could not be unable to unveil the pot. Qianlong set off a sedan at the door of a showcase. The wife of the showcase was anxious, and found some pork bone bones and fishbone left in the corner. After washing, he boiled a bowl of soup. A handful of cassava flour made a bowl of line paste. After Qianlong was eaten, I felt very delicious. I immediately asked what the “Dragon Beard Pearl Porridge” was used? The wife of Xiucai immediately answered that this was processed by the superiority and special refined sweet potato powder. The emperor rewarded this clever daughter -in -law, and the noodle paste spread like this. 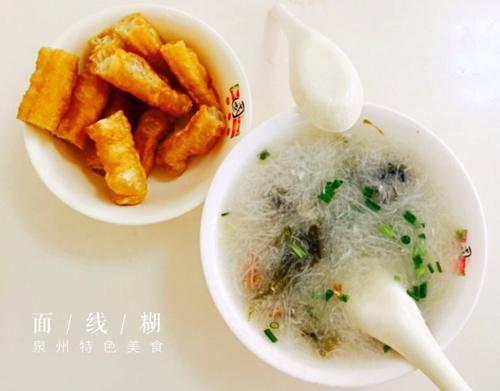 Xiaobian super loves the intestines and fritters in the noodles, wow, drooling

Is there any partner who loves noodles like Xiaobian ~