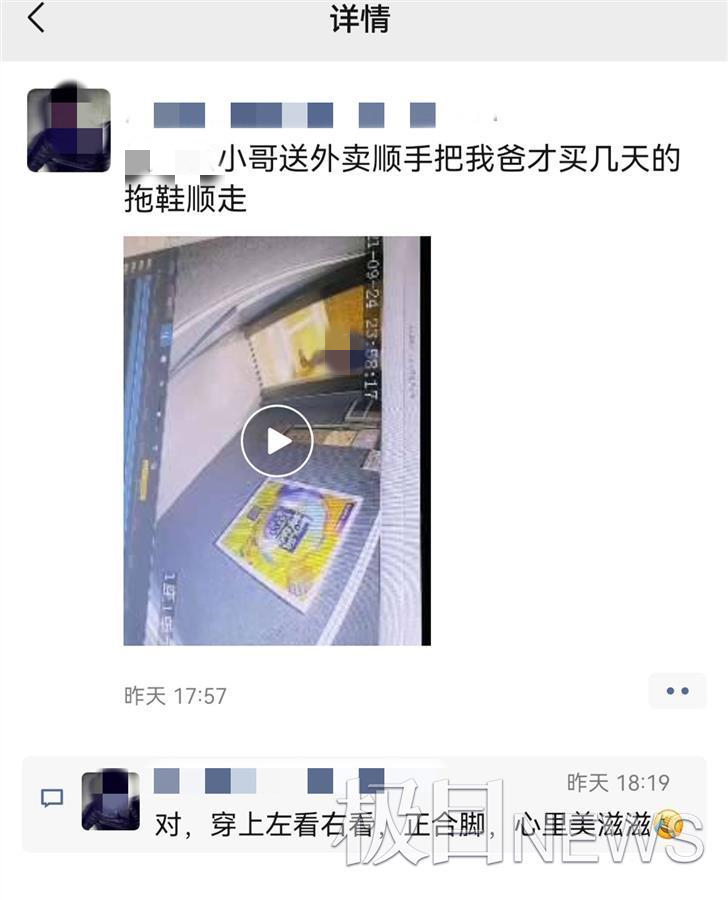 The takeaway rider gave meals to the house next door, and even stole the leather shoe that was placed at the door, and wore a trial in the elevator and looked at it. Do you say that this is not angry? On September 26, Mr. Chen, who lives in the Helen Spring District of Wuhan Economic and Technological Development Zone, called the Jimu News Hotline (027-86777777) to report the matter, hoping to expose uncivilized behavior.

Mr. Chen lives in Helen Spring Community in Wuhan Economic and Technological Development Zone. In the early morning of September 25, his father who was over 60 years old got up to go out, and suddenly found that the leather sandals at the door the night were gone. “I went upstairs after I poured the garbage last night. I knew that I put the leather sandals at the door. How could I be stolen?” The father was a little depressed and puzzled. According to the shopping records provided by Mr. Chen, the pair of sandals were purchased on the evening of September 13th, deducting 10 yuan for the platform discount, and the actual payment was 48.8 yuan.

Mr. Chen immediately reported to the property company. By looking at the elevator monitoring of the community, he found the suspect who took the peeling sandals: he was a takeaway rider.

“The takeaway next door is not the takeaway I ordered. After taking the takeaway, he wandered at the door of the elevator. It should be the leather shoe that we put at the door. Unfortunately, after he struggled Go. “Mr. Chen said.

Mr. Chen said that he was not easy for takeaway brothers, but he hoped that by exposing this uncivilized behavior, he reminded everyone that “do not do good instead of doing good, do not take evil for small.”