Just 10 minutes ago, the mother of the twin younger sisters continued to take care of the fetal heart, and the umbilical cord of the younger sisters also had a prolapse.

The umbilical cord is completely drooping, which means that the fetus will suffocate in about 3-5 minutes, and even dies in the palace. At the critical moment, the midwife Jiang Tingting, who was checked for the mother’s mother, found this situation, so she knelt in front of the mother and supported the umbilical cord and fetal hips with one hand.

At that moment, Jiang Tingting’s hand -raised hand did not leave until the two sisters fell to the ground.

The twin sisters who are just born 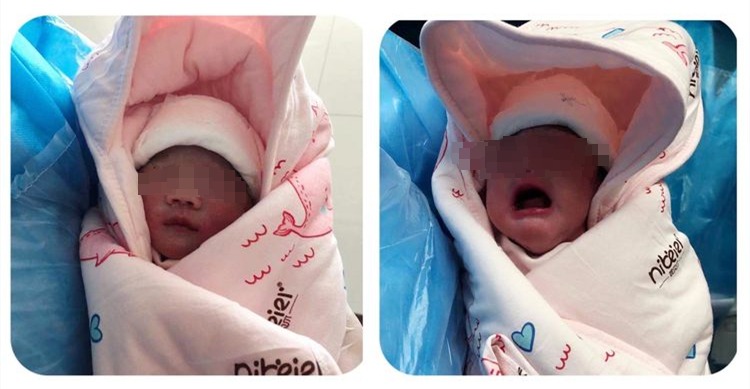 Admitted to the hospital, giving birth, delivery, surgery, treatment, care … On the morning of July 3, a normal weekend, the medical staff of the 960 hospital’s obstetrics were as busy as usual.

Suddenly, the phone ringing sounded: “Doctor, doctor, my daughter -in -law is a 32+6 -week pregnant woman, she seems to be born. We are going to the hospital.”

After learning that this was a pregnant woman with early breakdown and scar uterus, midwives Liu Zhenlin and Li Hongyun immediately pushed the car to go down to the surgery, and then handled the emergency admission for pregnant women to test the emergency nucleic acid test. At the same time, she conducted blood testing, fetal heart monitoring, hip high position, vaginal examination …

Because the pregnancy week is only 32+6 weeks, it is a premature birth. The midwives were formed to follow the doctor’s advice for her treatment for her to promote the maturity of the tire lung, and at the same time waited for the test results necessary for surgery.

However, the rapid turn of the situation was a moment. 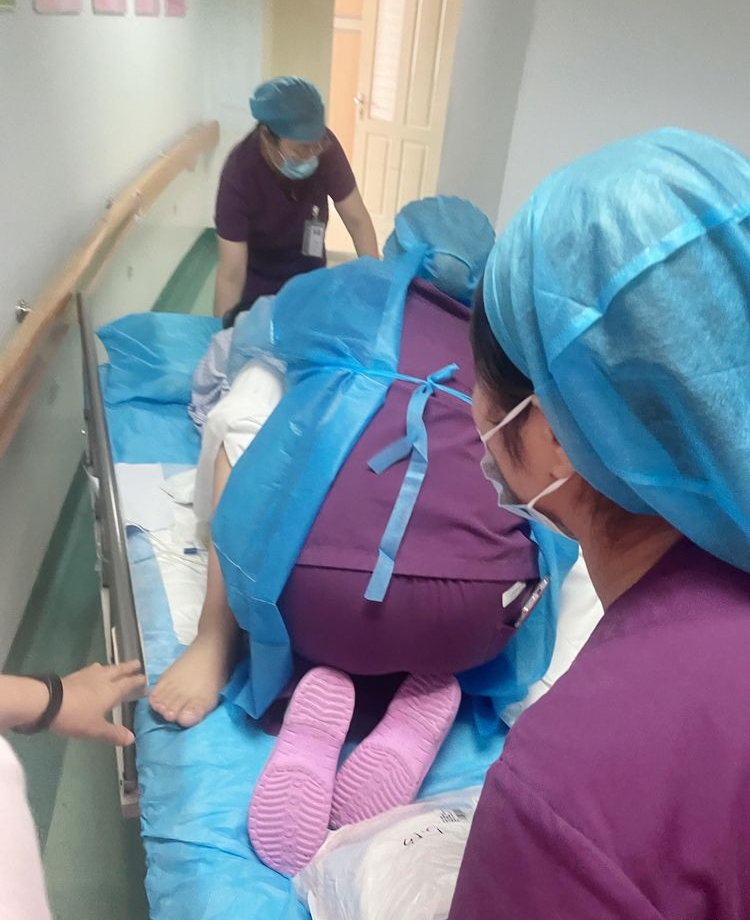 At 12:45, the continuous ECG monitoring of pregnant women decreased, with a minimum of 80/min. During the midwife, the midwife Jiang Tingting immediately conducted a vaginal examination for her, and suddenly touched a cable -like object and moved. The experienced she immediately felt that this was the umbilical cord.

Other duty personnel are immediately alert because they know that the umbilical cord prolapse is a fatal danger for children! The first -line doctor immediately reported to Zhu Tongyu, the director of the obstetrics of the obstetrics. She instructed: Opening a maternal maternal to rescue the green channel and immediately surgery!

“The Most Beautiful Kneeling Pose” completes the lifeline of life

When the obstetrics and medical staff were preparing before surgery, connecting with other departments such as anesthesiology, pediatrics, etc., Jiang Tingting knelt in front of the mother, and the hand that supported life had been holding the umbilical cord and fetal hips tightly. 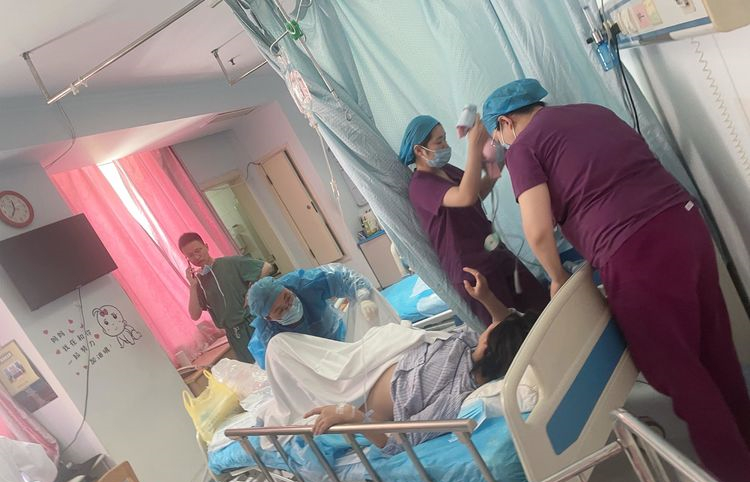 Because she knew that once the hand was loosened, the fetus was dew to the umbilical cord first, and the umbilical cord blood was completely blocked. It could cause fetal suffocation in about 3-5 minutes, and even died in the palace.

During this period, as the fetal buttocks on the upper tip, the fetal heart of the fetus has improved, and has risen to 110-120 times/min.

Jiang Tingting’s hand was finally put down with his knees. Although the rescuers were sweating, their hands and feet were soft, but the whole 10 -minute support finally drove away the god of death, and the tight strings of all medical staff were finally relaxed.

Director Zhu said that the umbilical cord prolapse itself has no impact on the mother. The danger of the maternal danger is mainly caused by the factors that induce prolapse, and due to the emergency, the fetus must be quickly delivered. The opportunity for infection has also increased accordingly. The fetus is different, the fetal life is severely threatened, and the mortality rate is extremely high.