On November 25th, OPPO released a new Reno7 series. The front camera uses a super-photographic cat eye lens with Sony jointly designed, which is equipped with the new generation of RGBW image converged units of OPPO self-developed. Level sensor IMX709 photosensitive performance increased by 60%, noise reduced by 35%. From the paper data, the super-photographic eye lens made by IMX709 is significantly improved in all aspects of the above-in-one products.

If you put the two generations, do you actually express the same gap like a paper parameter? With this question, the author uses OPPO Reno7 Pro and OPPO Reno6 Pro + two models to compare in the same scenario, how concrete conditions, please look down.

Front on the front:

The video taken from both can be seen that in the backlight scene, the sun is smaller in the OPPO Reno7 Pro screen, and the entire picture will not be bright. At the same time, the details of the architecture rendered are more clearer than OPPO Reno6 Pro + (moving due to compression), the details are more prominent. It is not difficult to find out from the appearance of the front camera, OPPO Reno7 Pro and OPPO Reno6 Pro + Although the same is 32 million pixel front lens, the former is more advantageous in detail with the pre-hardware DOL-HDR. .

The maximum upgrade point of this IMX709 is the improvement of night shooting capabilities, which uses a new RGBW pixel arrangement, introducing 2 W pixels in each 4 sub-pixels, so that each pixel can have R (red), G (green), B (blue) and W (brightness) signal recognition capabilities. When shooting ambient light, each sub-pixel outputs data alone, and when the light is insufficient, the CMOS outputs data in the “four-in-one” form, which greatly enhances dark light shooting performance.

The first is the display effect in the bright environment of the night scene, in the night view of the neon sign, both of which is the exposure control and facial brightness, details, and sharpness of the background light source. Only during the photo, the super-photographic cat lens can achieve a smart wide-angle switch according to the number of Selfie, automatically switch the lens to 90 degrees, and can accommodate more picture content.

Second is the video shooting capabilities in the night environment, OPPO Reno7 Pro and OPPO Reno6 Pro + two models When recording video, the system detects that the current environment is insufficient, and automatically opens the screen fill light. It can be apparent from the moving map that the OPPO Reno7 Pro character face is brighter, and the picture noise can also be effectively controlled, and the overall view of the picture is better. 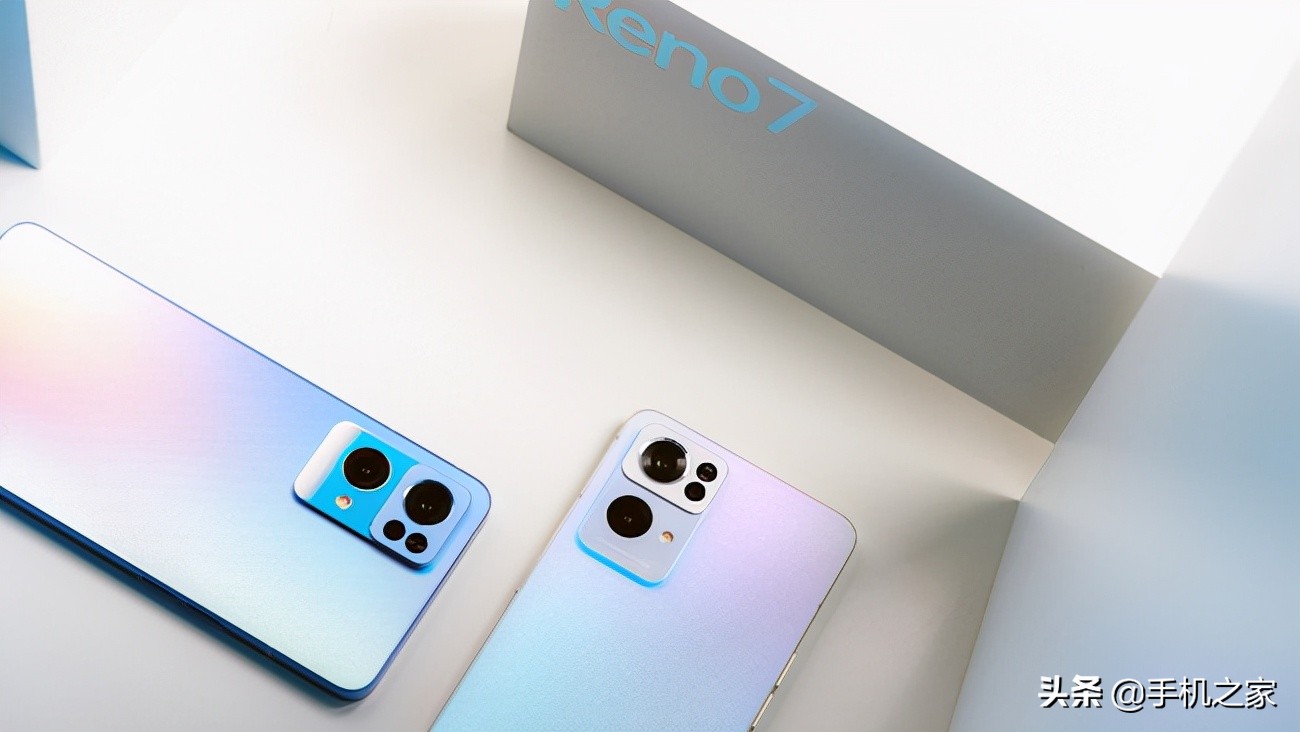 In addition, OPPO Reno7 Pro adds a video anti-shake function. The stability of the overall handheld shooting after the video anti-shake can be turned only, but a certain amount of cropping will be performed on the screen.

OPPO Reno7 Pro Optimizes and enhances the colorful skin color on the spot video portrait of Reno6, and the animation is two different imaging results in daylight scenes and night scenes. The addition of the AI ​​algorithm can realize the silk grade portrait map, and the light source reconstruction technology makes the spot more levels. The author suggests that shooting spot video in the sunny forest or night neon lights, the background picture can form a very beautiful spot. Open the spot is a little attention, and only 720p video capture is currently supported.

OPPO RENO7 PRO and OPPO RENO6 Pro + also support AI video beauty and AI rejg beauty 2.0. AI Video Makeup Based on the global underlying AI algorithm, it is possible to identify human faces and facial features, easily identify 635 face characteristic key points, ensuring that faces are real and closely attached to the human face. As shown in the moving figure, even if you are running, rotating your phone, facial makeup will not fall.

OPPO RENO7 Pro rear camera supports spot customization, through comparison with the OPPO Reno6 Pro + shooting screen, you can see the difference between the two.

In addition, all of the OPPO multiple products are equipped with Sony IMX766 sensors. Engineers are more mature, and they can see OPPO Reno7 Pro to shoot at night, and the night sky is more pure. The picture quality is better.

The OPPO Reno7 Pro rear lens module is designed with a coakable laminated design, and the bottom matte layer is suspended from the back of the fuselage, and there is a ceramic lens wrapper mainly, the lens is scratch resistance. 10 times the ordinary metal, significant lift the lens scratch resistance.

At the same time, the rear lens module also added a fiber-optic hot ring breathing lamp, the breathing light is unfair, surrounded by the back photo area, when there is an incoming call or message notification, the fiber hot curved breathing lamp is like a star ring in the night sky Mild glitter. When charging can choose a breathing lamp, you can use a nightlight in late night, you can also develop different gameplay, very interesting and scientific skills. 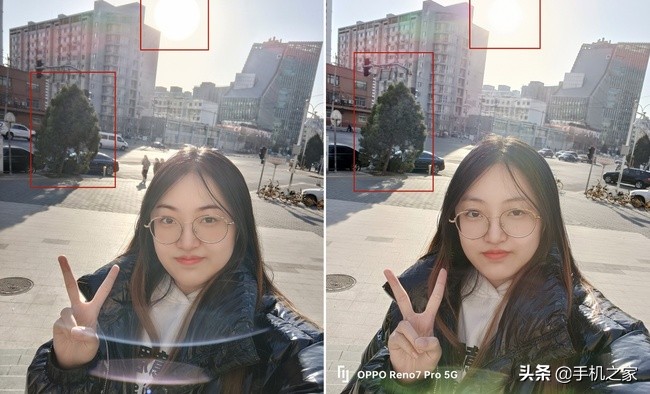 Write in the last:

It is not difficult to find that the front camera of OPPO Reno7 Pro will be obvious in the above-mentioned product. Also, the R & D engineer who benefited from OPPO is more familiar with Sony IMX766 sensors, and the school is also stronger, and further optimization is obtained on night video shooting and spot video shooting. It can be said that under the blessing of the flagship sensor IMX709, OPPO Reno7 Pro Qing is better than blue.