At the end of November last year, Kawasaki officially released 2021 Ninja ZX-10R and Ninja ZX-10RR. After a lapse of half a year, Kawasaki China officially introduced this top -level imitation to the domestic market, so that riders have the opportunity to experience the speed and passion of “big cows”. NINJA ZX-10R is priced at 236,800 yuan, NINJA ZX-10RR is priced at 349,800 yuan, limited to 500 units worldwide, and 10 domestic quantities. 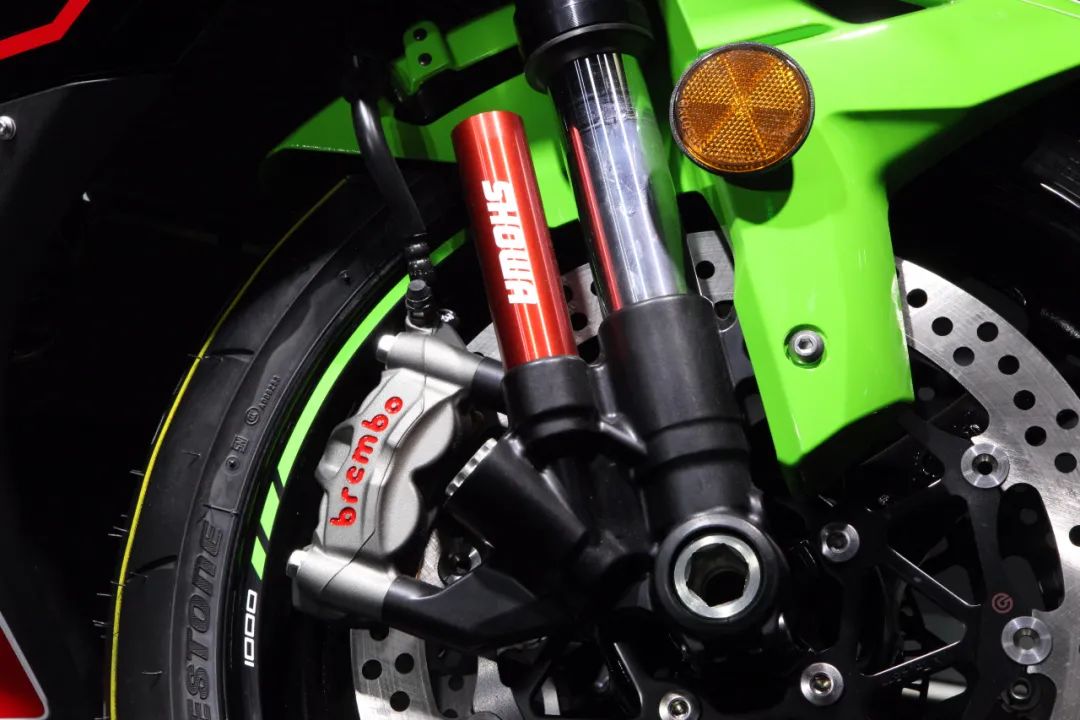 The 2021 ZX-10R is the most obvious change in appearance compared to previously changed models. The shape of the new car has a great change in the shape of the front generation, which is more like the style of Ninja H2. The front and rear parts also increased the air dynamic kit this time. The manufacturer said that compared with the previous generation, it can increase the lower pressure by 17%. At the same time, the new front shape can also provide a better air collection effect, allowing the air pressure flowing into the engine’s air pressure More. The changes in the front of the car also put the new ZX-10R with a new LED lamp. In order to be more in line with air dynamics, the new ZX-10R handlebar handle moved forward by 10mm, the foot was increased by 5mm, the windshield increased by 40mm, and the rear part of the seat cushion increased. 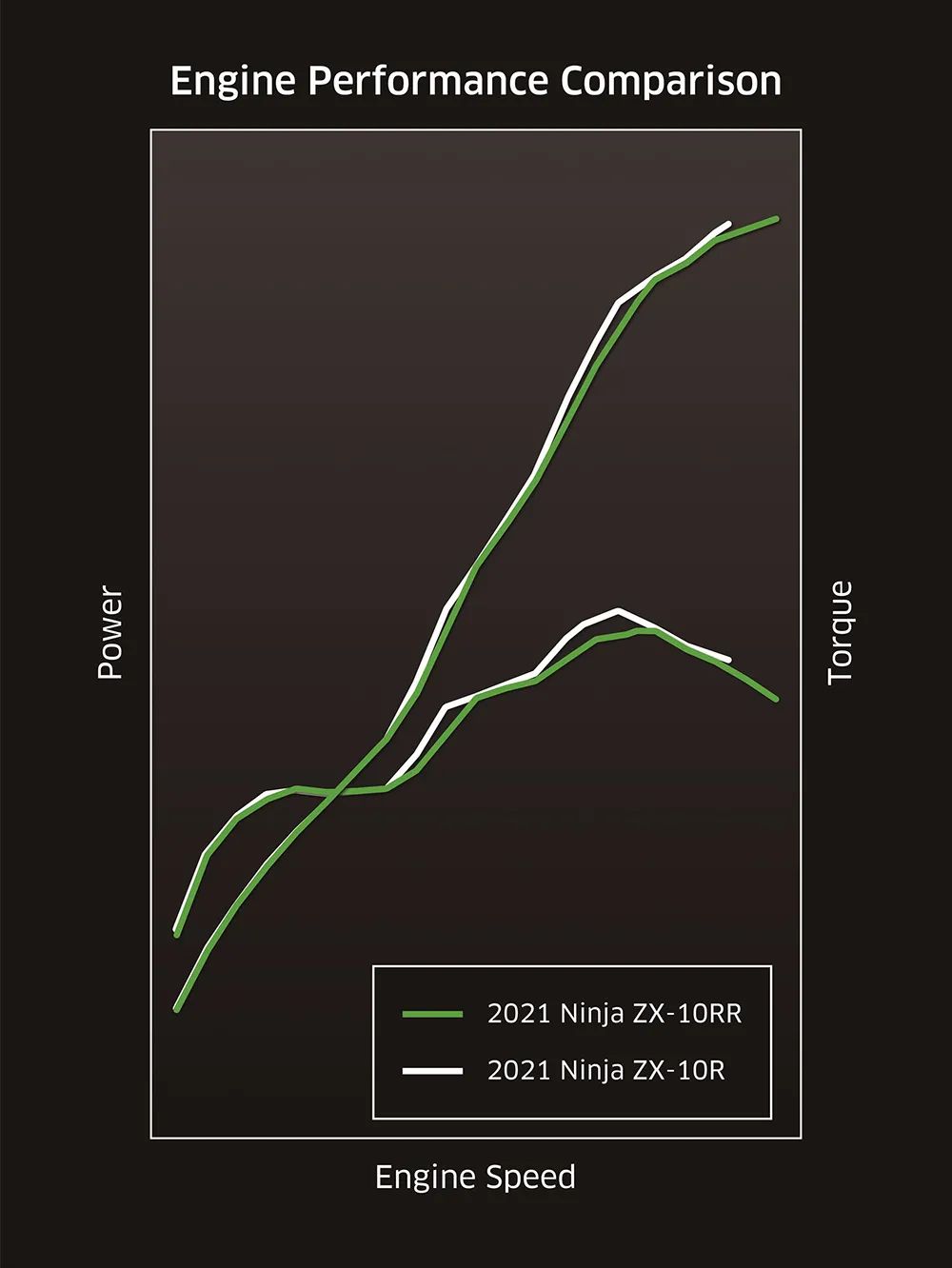 In terms of configuration, the new ZX-10R uses a 43mm inverted SHOWA BFF full-capable front-aerated shock absorption. The new shock absorption setting, spring, compressed damping and rebound damping have been re -adjusted. The braking part is also the same as the previous generation. The predecessor uses the Brembo M50 pairs of four -piston calipers, with a 330mm floating tray, and the rear brake is a single piston calipers with a 220mm brake disc. 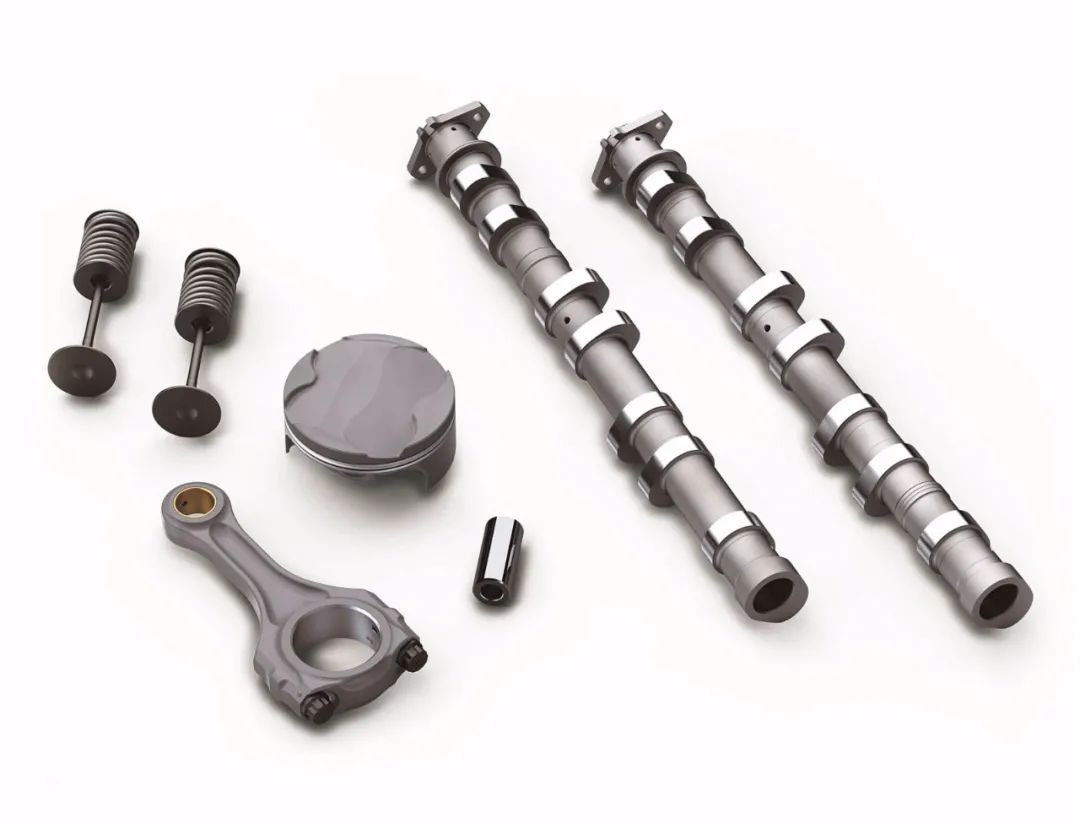 The frame was adjusted, and the front shock was moved forward for 2mm, which changed the angle of the front shock absorption. The rear rocker arm increased by 10mm, which also increased the wheelbase of the vehicle by 10mm. The manufacturer said that the center of gravity of the vehicle moved forward by 0.2%. Although the data on the data did not change much, for the ultimate control on the track, these would affect the vehicle to affect the vehicle. Overall performance. According to the feedback from the WSBK team, the 2021 ZX-10R is also equipped with an independent air-cooled oil cooler. 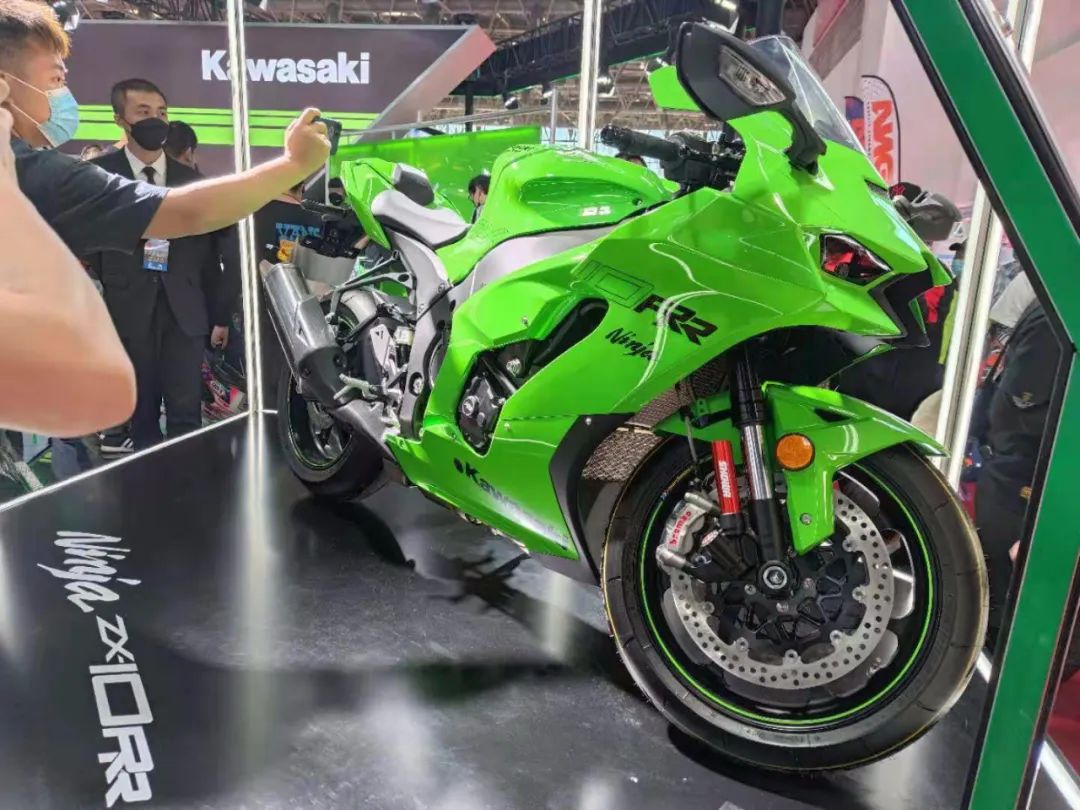 The engine still adopts a four -cylinder DOHC 16 valve engine with a displacement of 998ml. However, in order to meet the more stringent emission standards, it does not reduce the power. Fire the valve and other methods to complete the tank enhancement. The 2021 ZX-10R has 156.8kW (13200R/min) maximum power (RAM Air), 114.9N · m (11400R/min) maximum torque. 200r/min. In order to have a better medium and low speed output, the transmission has also been redesigned. The rear tooth tray increases from the original 39 tooth to 41 teeth. Accelerate performance. 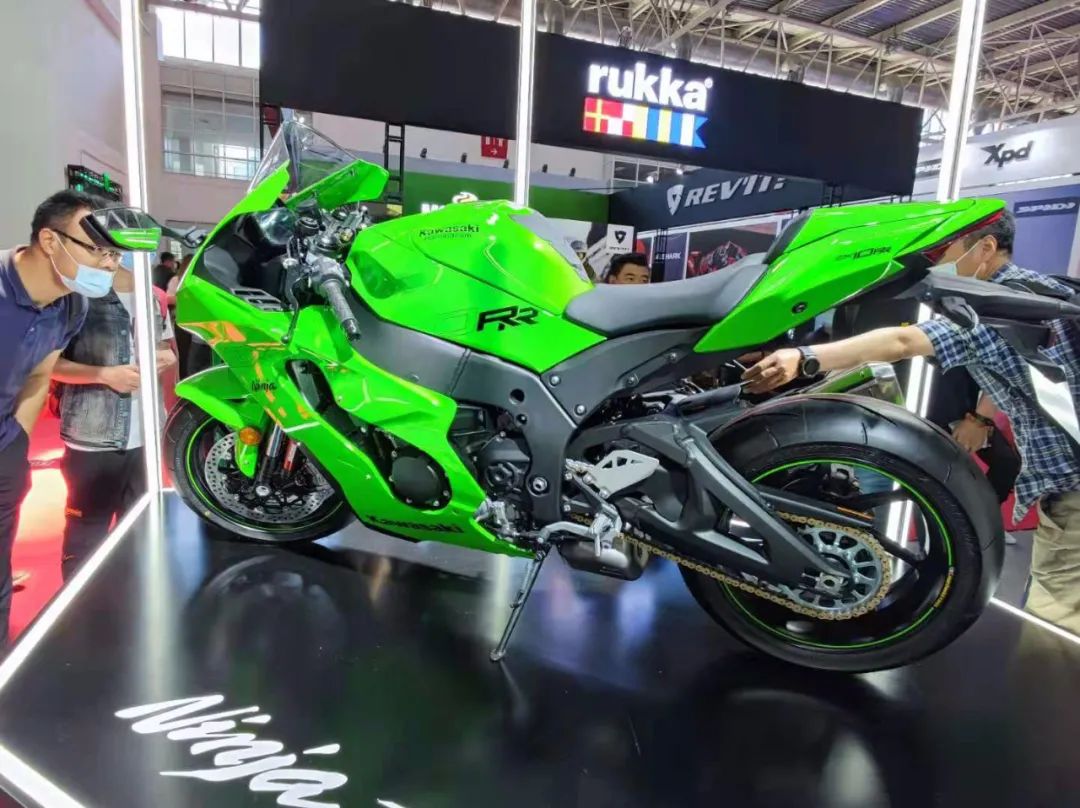 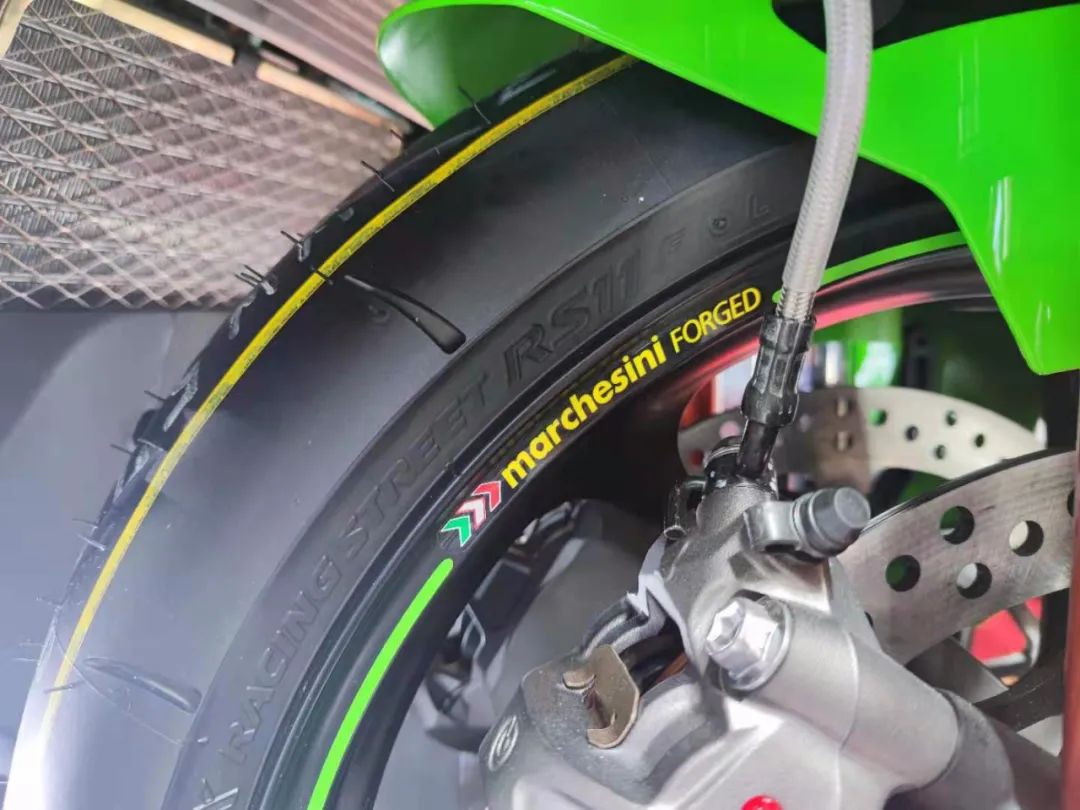 Compared with ZX-10R, ZX-10rr is regarded as the “king of the ninja”. The power is more fierce. By changing the lighter titanium alloy link, lightweight piston and other components, the engine has higher power output. Each one The connecting rod is 102g lighter than the ZX-10R. At the same time, the ZX-10RR piston skirt reduced by 33.7mm, thereby reducing a piston ring and reducing friction. /min. Coupled with different air intake design and camshaft design, the ZX-10RR has a better high-speed outbreak. The maximum power (RAM Air) increases to 157.5kW (14000r/min), and the maximum torque is 111.8N · m (11700R/min). Although the peak of the torque is reduced, it delays 300R/min. In other areas, the ZX-10RR shock absorption system has also been adjusted slightly, and the Marchesini forging wheel was replaced to move.