Let’s talk about the good news first: The whole drama “Sweeping the Storm” can be watched for free! I believe that after watching this drama, many people have been excited about “Li Chengyang’s same glasses”. At the beginning, I could think of this drama, but I never expected that I could still bring the glasses. Now I am on Taobao a lot “Li Chengyang/ Sun Honglei the same paragraph” names are well -sold,

But more than 95% are fake goods

However, this is also the norm of domestic shopping platforms, and what I didn’t expect even more was– 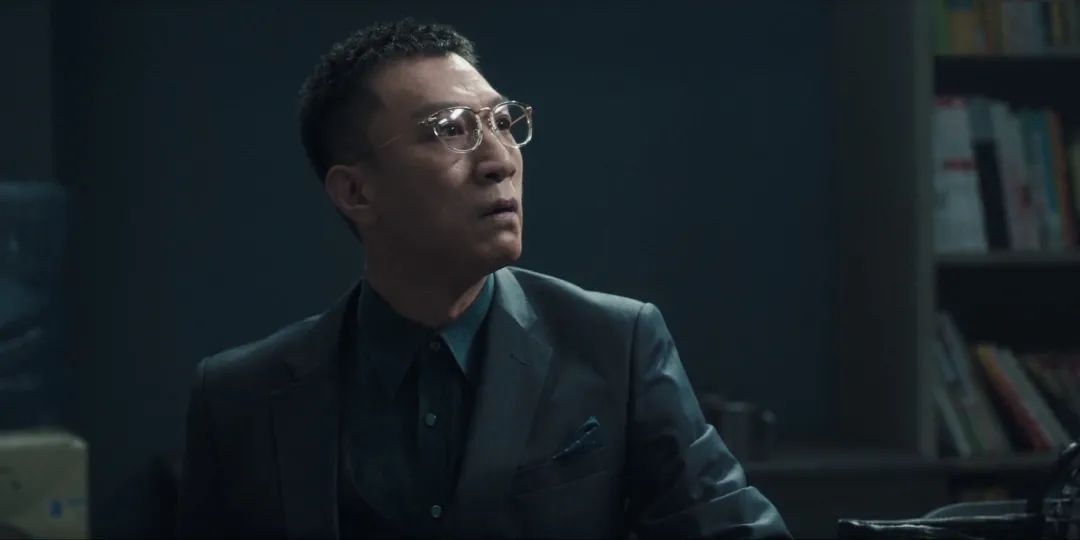 “A film and television drama should not have such a high frequency of glasses, which will make it easy for the audience to play, unless this is to sell advertisements (laughs).” Friends in the glasses shop also told me like this.

There are also many comments on the Internet that “the glasses in the play are fake.” It seems that this is not groundless. | Image: Tencent 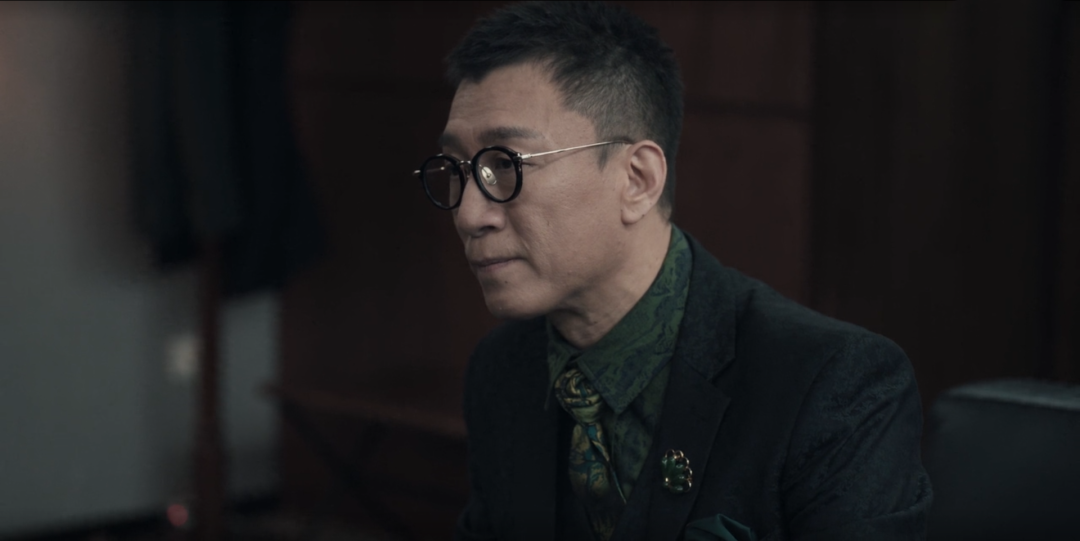 At the same time, there are also many bloggers on the Internet to recommend the so -called “same models”. There are obviously many differences in details. It is also the same as the same paragraph, which is a reflection of irresponsible. Therefore, relying on Steppy for many years of research on hand -made glasses (mainly relied on Teacher Dadong’s hard work), the younger brother will be brave to “chaos anyway”,

Organized the original genuine glasses of the props in some plays

(There are similar alternatives) for your reference and choice, so don’t say much, hurry up ~

Like the first pair of glasses in the opening (the original genuine product is Tavat, a hand -made glasses brand from Italy). When I first saw Li Chengyang’s look, I felt that “Red Lei Ge’s view is what the Swen defeated class should look like this. Well.”– 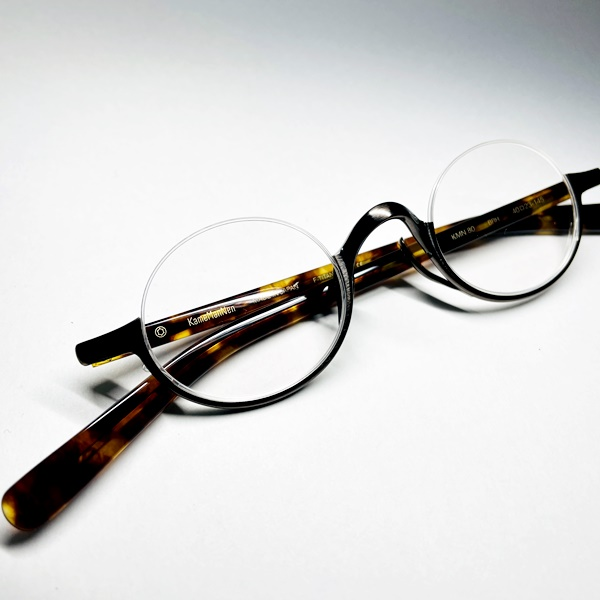 Coupled with the inside out gas field and the detailed interpretation of Sun Honglei, the role of Li Chengyang was covered with an unspeakable “qi”, which is very in line with his person in the play.

Moreover, its round frame rounded corners are more intellectual, and perfectly matched with Li Chengyang (status of lawyers). | Image: Tencent

The props are different from the original SC117 in terms of the material structure of the mirror leg, but the iconic metal reinforcement of the front frame “follows”.

SC117 This metal canned shape is taken from “canned tin cans”, so the overall round and more metal structure are reinforced, like the surface of the canned head, which is also the most recognizable mirror model of the brand.

In fact, many people think that TAVAT has been founded for many years. It is undeniable that the main creator Jeremy Baine does have many years of experience in mirroring, but the real establishment is still in 2010, and the design headquarters is set in California, and the manufacturing is transferred to Italian glasses. In the hands of craftsmen (all made in small batches). The most proud of their family is the lightweight, comfortable and complete mirror frame. Friends who have wearing glasses know ——

Lightweight is the king 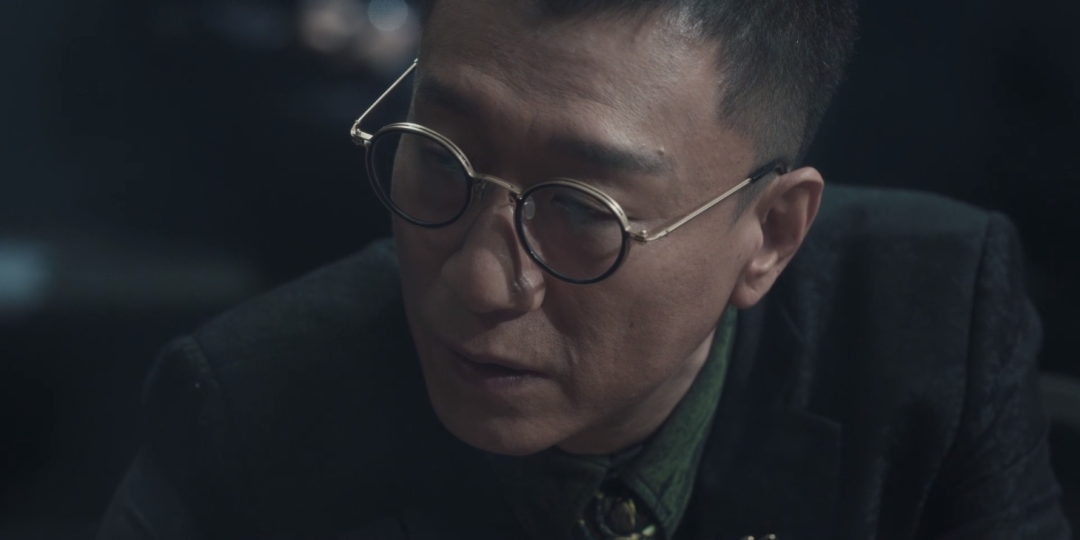 In addition, the hinge design of TAVAT is also a must, like

(Tactile hinge), a spring is hidden inside the hinge (the Soupcan series is not used). When the spring promotes the piston forward and interacts with the gear, it will make a unique voice. Come smoother. 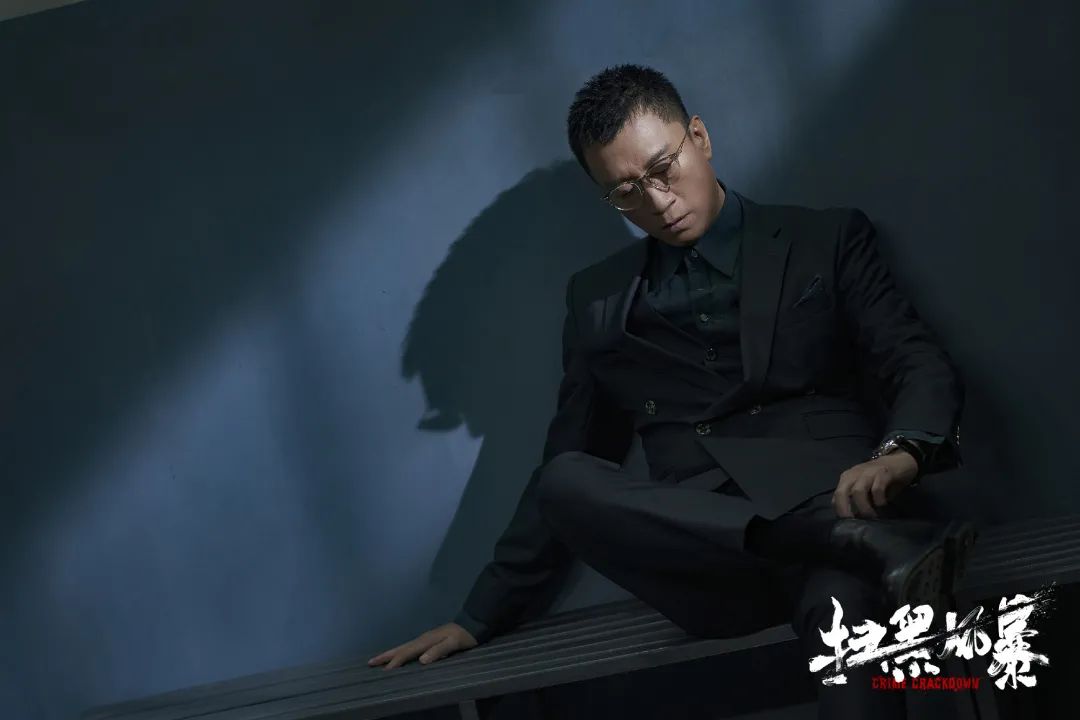 In the episode, Li Chengyang also wears more double beam glasses. This type of glasses will actually test the face and temperament. If it is not properly matched, it is easy to make you “greasy”. However, the narrow double -beam glasses (the original is Lindberg’s 9753) selected in the play, which can suppress his “fierce phase” hahaha.

Lindberg is a handmade glasses brand from Denmark. Since its establishment in 1969, it has adhered to lightweight, customized, titanium material to make glasses.

The minimalist tone in the blood makes his glasses design not bullish, but still charming

Almost the mirror legs of the entire series of mirror frames provide a variety of length options, and there are multiple adjustable nasal traits (made of medical grade silicone). Customers can also engrave their names on the mirror legs (free services). | Image: Lindberg

Lindberg is constantly trying to make a variety of special materials, such as buffalo horns, wood, various precious metals, and so on. These good plays not only let international celebrities compete for wearing, but also make them the glasses brand of the Danish royal royal family.

9753 adds a new design of the inner frame of the board. The double beam shape and the effect of filling the color mirror groove (the color filling is available in three colors), which makes the geometric lines more prominent. In addition, the lens provided by Lindberg can also be selected, which fully reflects the fully reflect Customized customized services.

The original version of the third round-frame glasses is the classic semi-circular frame KMN-80 of the Kamemannnnon turtle. Zhongliang has both nasal support functions 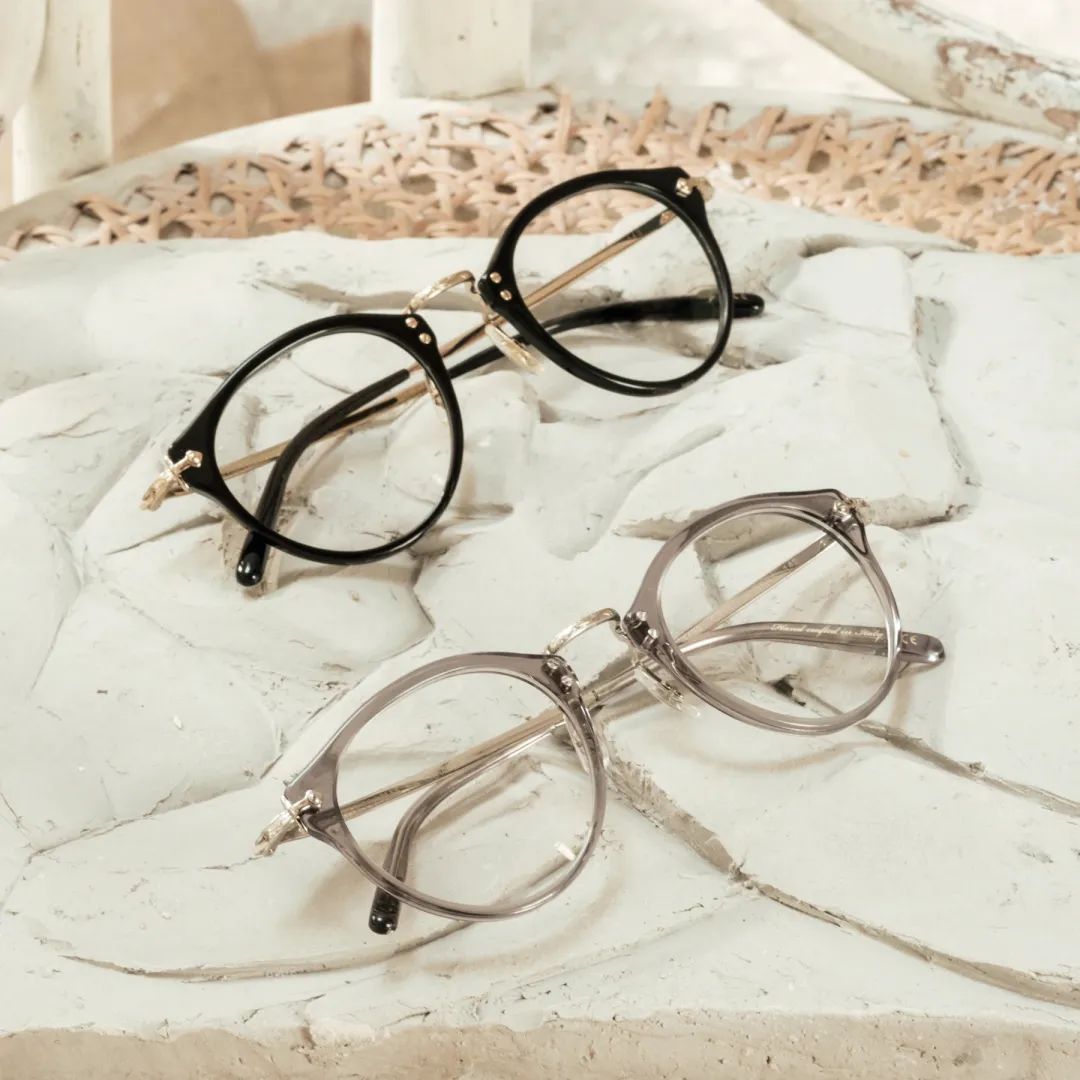 Regarding the 10,000 -year -old turtle, what does Teacher Dadong have a “unpopular” brand in “When making glasses,” what represents? 》 There is a more detailed introduction in the article, you can click on review. | Image: Kamemannen

The original KMN-80 is very representative

The front frame is forged by titanium plates, and the nasal trustees are connected to the semi -circular frame. You can “lie” on your nose bridge like a turtle, with stronger support and comfort.

It is worth noting,

The props in the play are plastic front frames

(And the direction of the half -frame is different),

Our ordinary people are also easy to be dragged down by this transparent plastic texture, so the younger brother also recommends KMN-80.

The fourth original glasses are GMS-817 from our old friend Masunaga Zeng Yongguan. 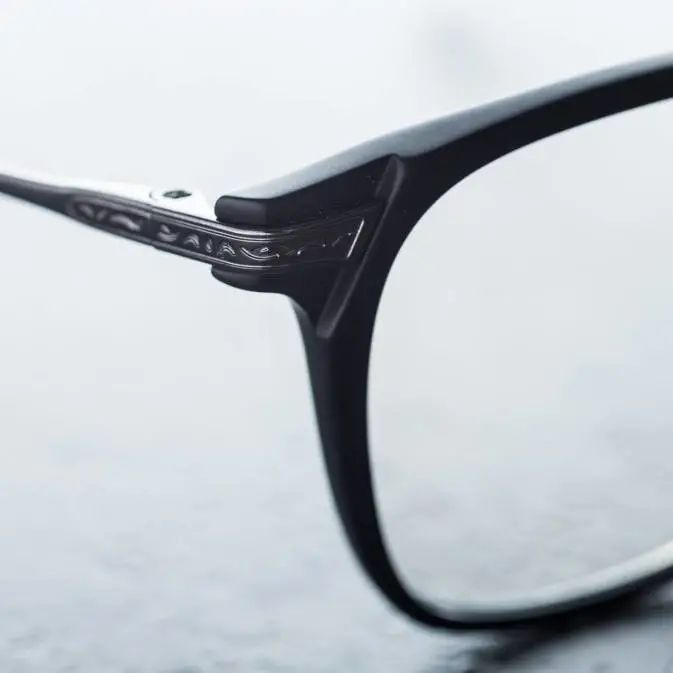 , Low-key and restrained, but also caused GMS-817 to be ignored and underestimated. 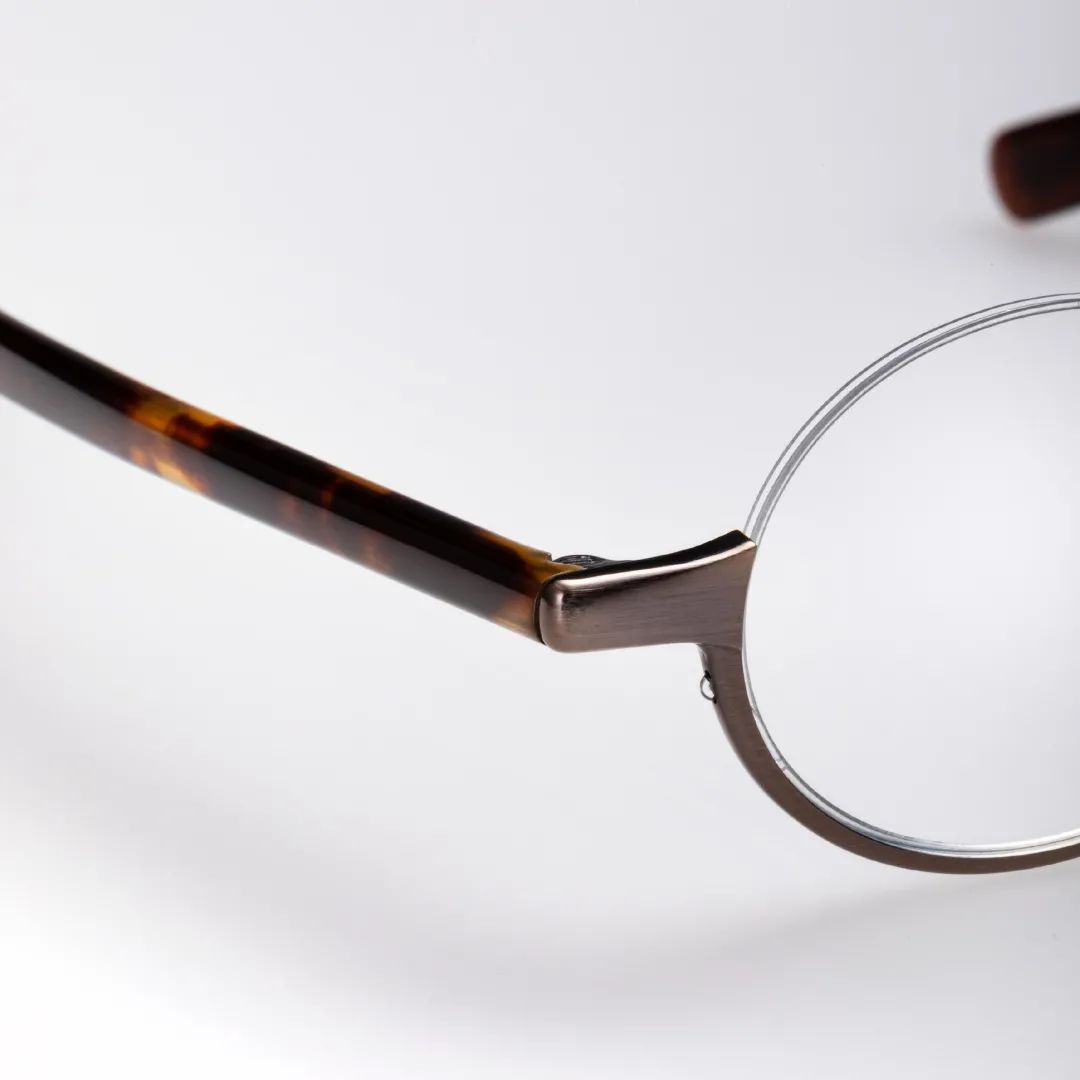 It also inherits the rich tradition of Zengyong’s color matching, with a total of five color numbers, of which

#44 LGRY is close to the transparent golden color, to increase the color texture of the permanent, I believe I do n’t need to say more, just finish it ~

In the play, the color of the road is lighter, and the texture is much different from the original. | Image: Tencent / Masunaga1905

It is worth noting that the G.M.S series has a very user -friendly characteristic: the focus of the entire glasses is behind the ears, so it will be easy to wear, which greatly reduces the frequency of the glasses. This is why this series is called the high -tech branch line. one. 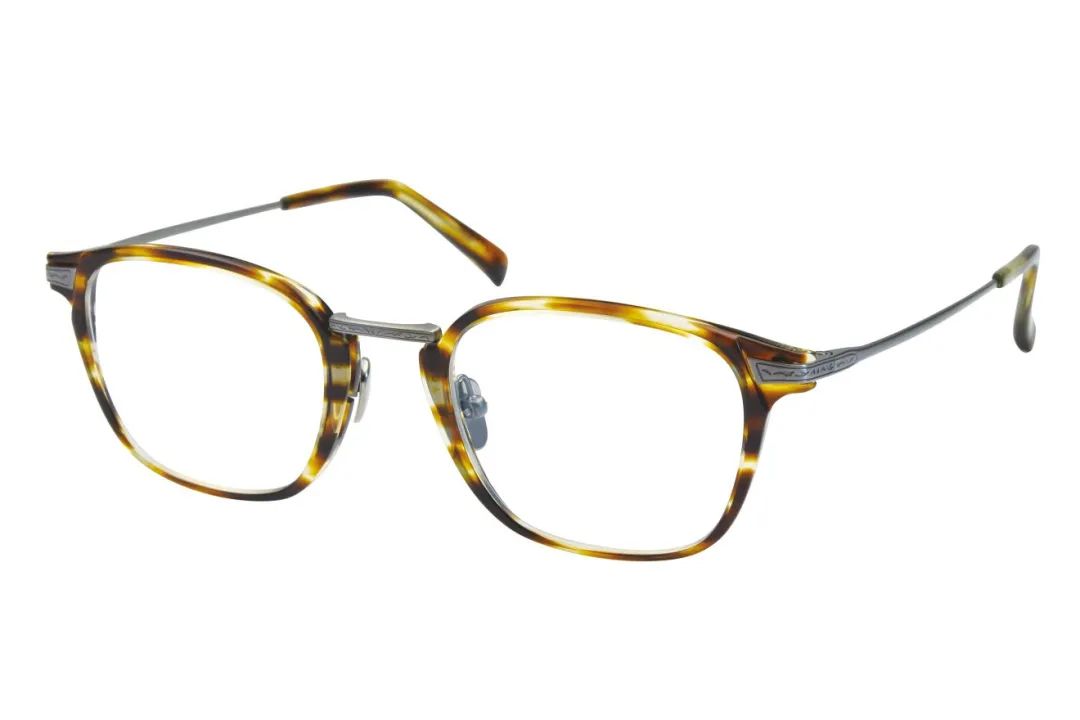 Slim mirror legs with a round Boston frame 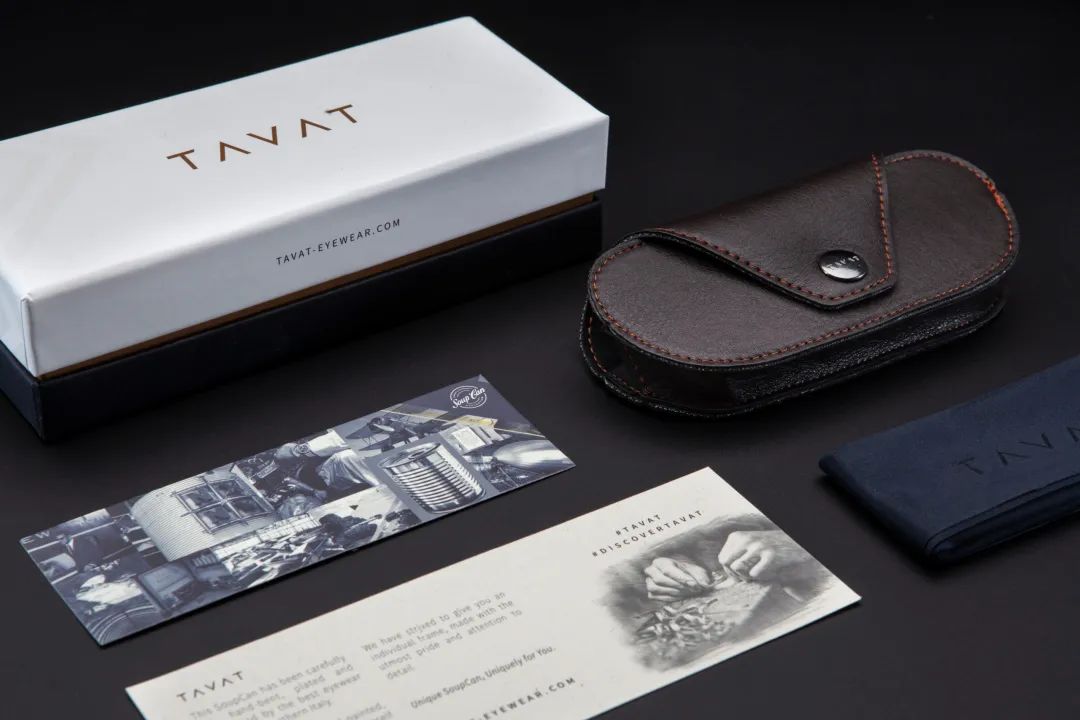 , It looks very literary. The mirror legs are also made of thin and durable β-titanium metal. They are flexible, not easy to deform, and have excellent comfort.

The round frame can better modify the face shape, giving a gentle feeling. | Image: Tencent / Visio 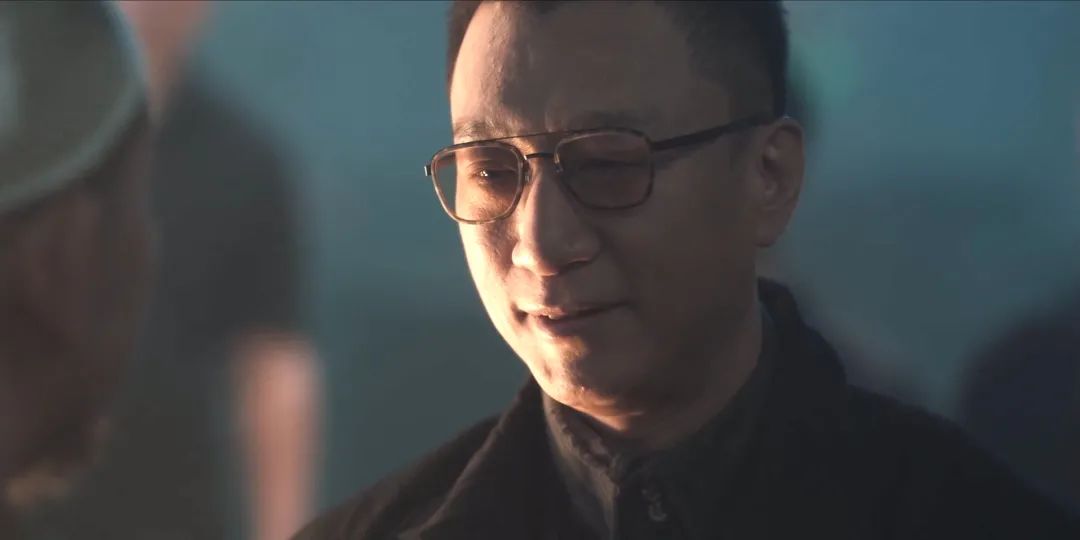 About this pair of original version, Ueno Glasses also given another choice-

In fact, Oliver Peoples, a hand -made glasses brand designed and produced in the United States, has appeared many times in our article, and my younger brother has not introduced it. 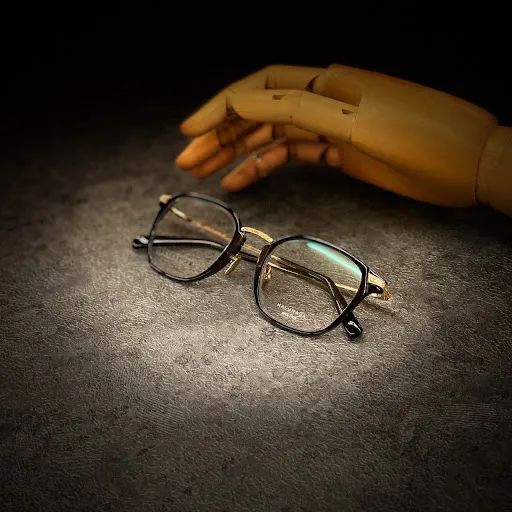 In terms of quality, “Japanese and American mixed races” basically do not drop the chain

, So it’s also over if you are rushing ~ 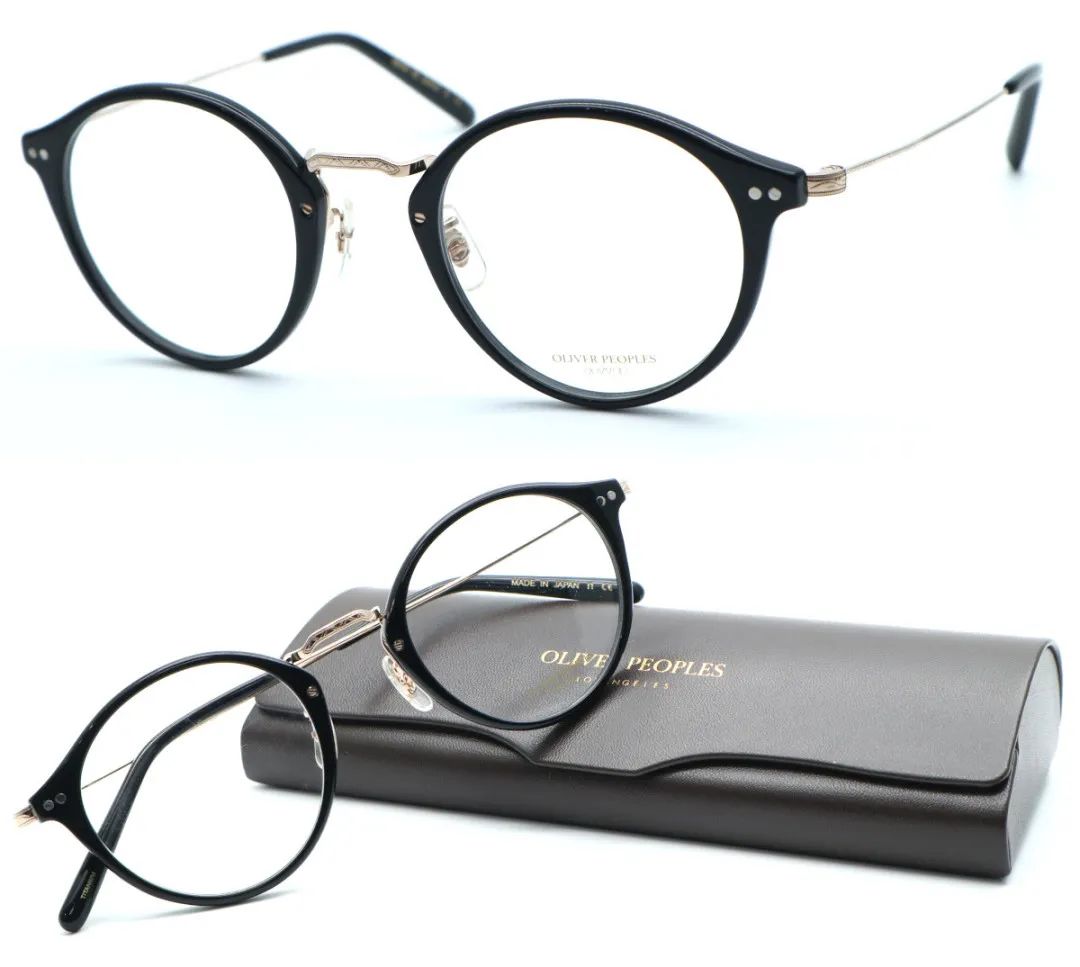 In addition, Teacher Dadong also told me a interesting news: Eyevan 7285 turned out to be the glasses brand of the original Oliver Peoples team, and joined the number 72 and 85 as the brand. 72 was the year when the brand appeared, and the year 85 was the year of taking over.

In addition, there is also an Evergreen model OP-505 with OV5184 as a prototype. It is also a good alternative. | Image: Oliver peoples

In the end, I also wanted to return to the episode itself. Talking about the loss of “Sweeping the Storm”. This drama ate the theme bonus and showed us the horror of the evil forces (especially the “Sun Xiaoguo case hidden in the back behind “, Make people creepy),

But as a episode, there is a lot of flaws in the plot, such as the logic and scheduling of several arrests.

(An arrest of Da Sheng, a beautiful loan company, and a Cai Baba Yang Dong).

Many details can’t stand scrutiny, and the plot of the branch line also seems useless and burden. | Image: Tencent

The score of “Sweeping Storm” also declined with the following plot (the ending is even more Waterloo). do not know either

When will the bad atmosphere of water collection be changed?

If you only rely on the topic of the case and the card lineup, it is far from a good drama. 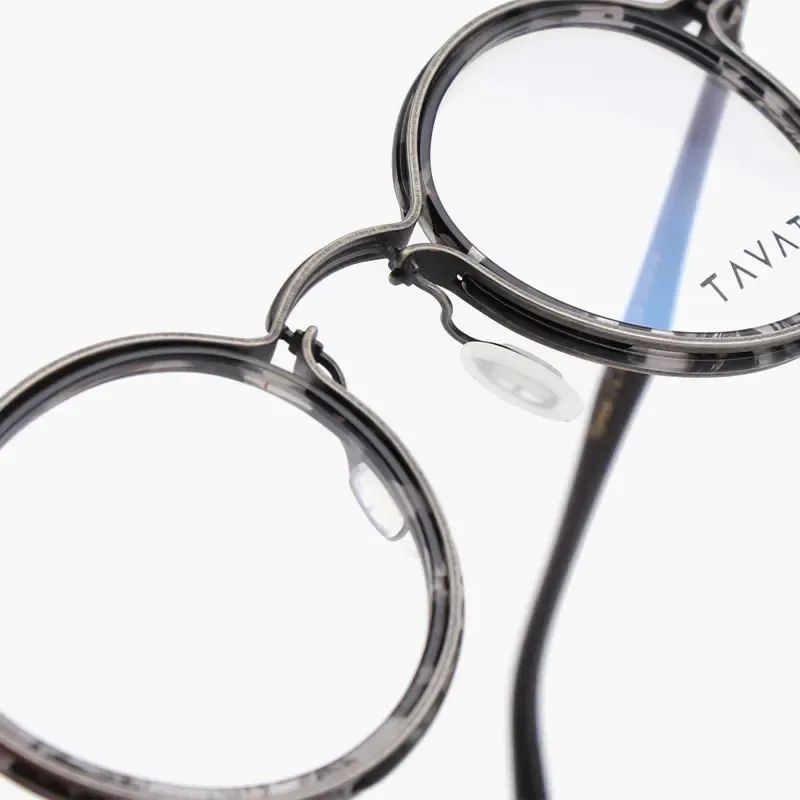 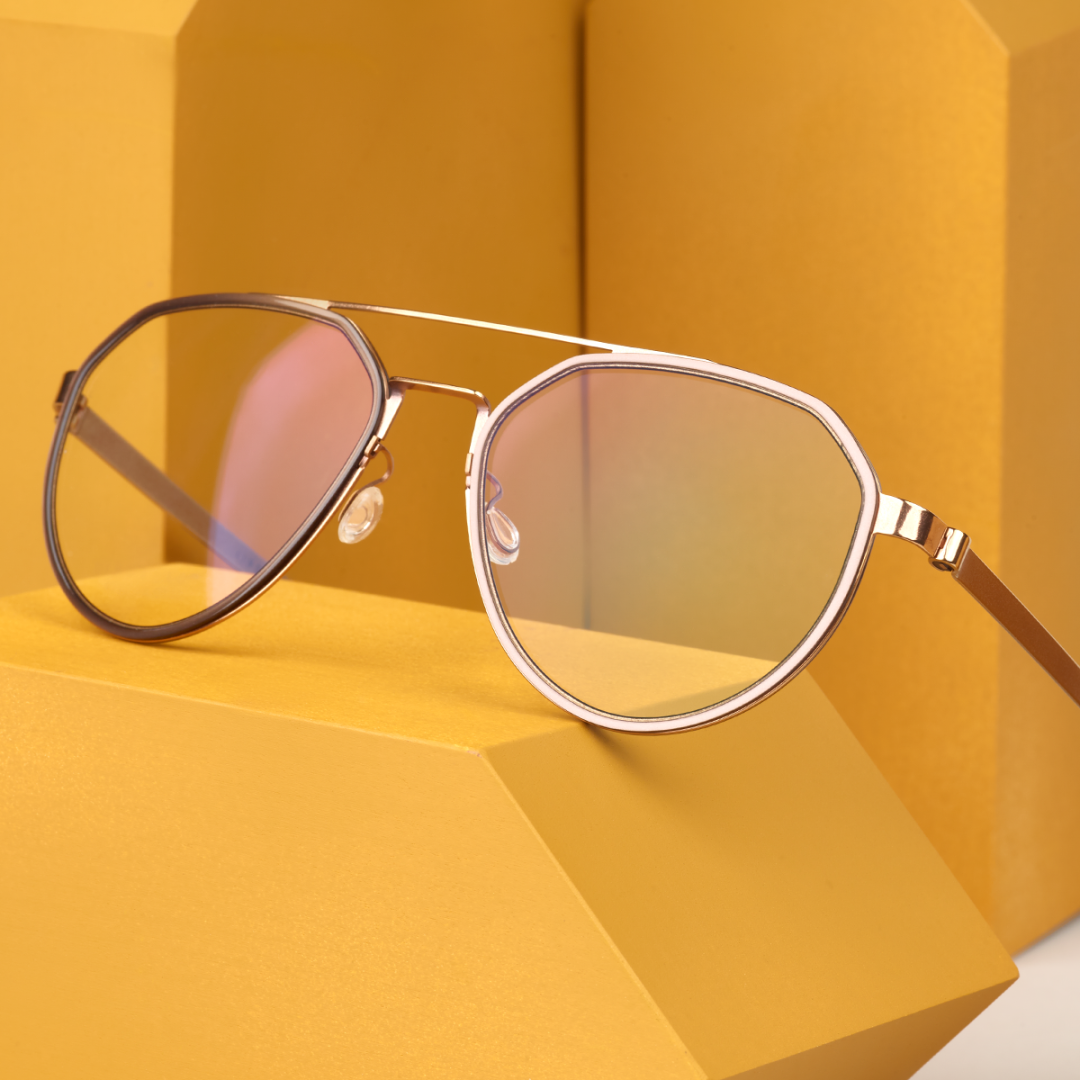 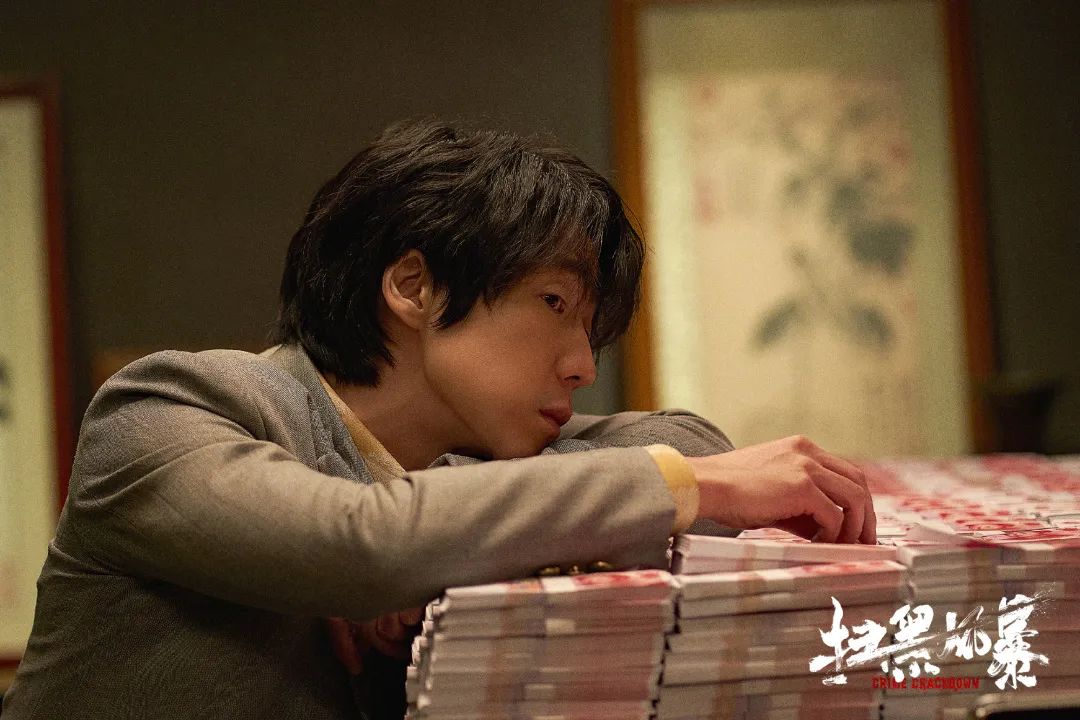 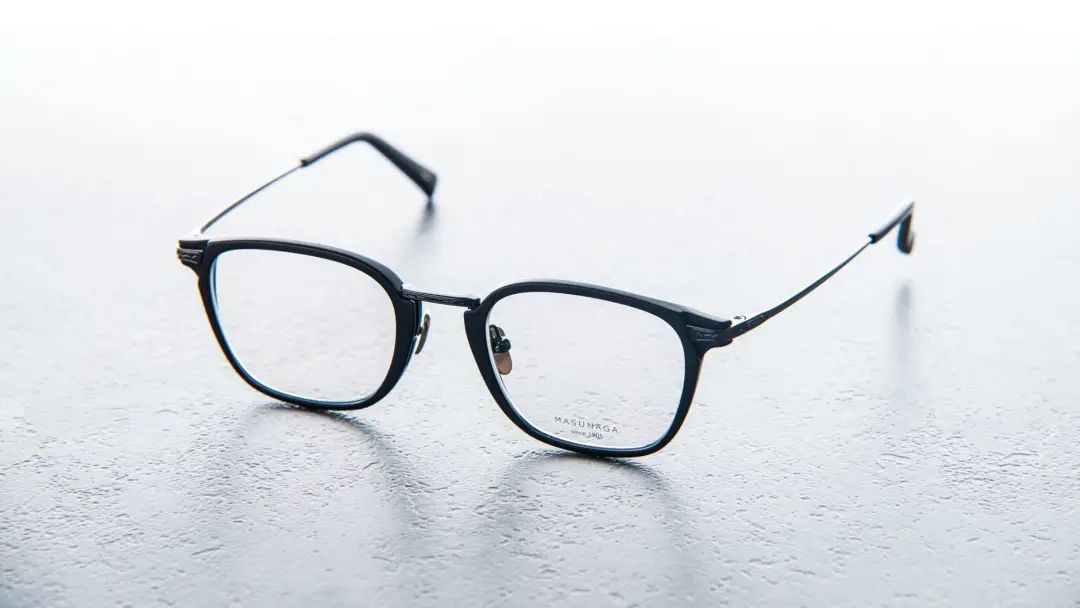 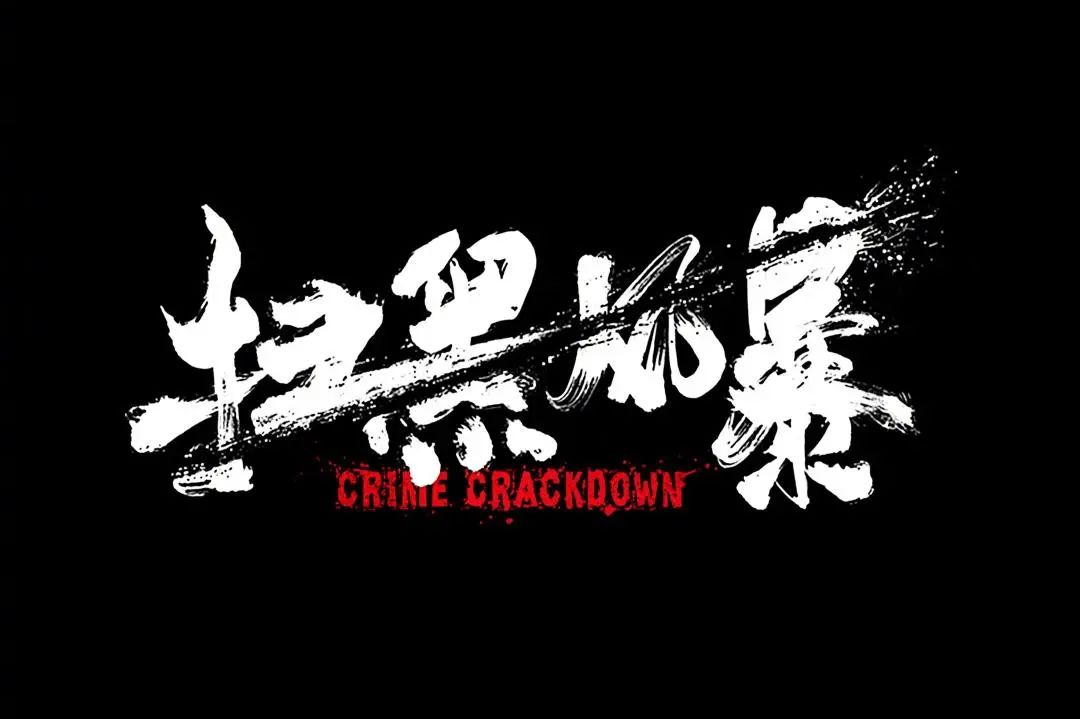