The climate environment of the North African Desert and the European continent is very different, and the temperature difference between day and night is large. To this end, the African Army during World War II was equipped with a unique military uniform.

Before the war in the Mediterranean and the Middle East, Germany had arranged tropical uniforms at the University of Hamburg University. Therefore, the African Army of Rommel had appropriate equipment from the beginning, not like the Eastern Line German army. Of course, Germany has a certain foundation in this regard. Before the signing of the Versailles contract, Germany had colonies in East Africa and had a certain study in the military uniform.

The helmet is actually made of a helmet made of wooden marrow (core). The West is more willing to call it a wooden marrow helmet. The army in Spain and the British colonies has been used in large quantities. The Wooden Smooth helmet of the African army referred to the style of the British to a certain extent. The texture is compressing the cork. The outer layer covers an olive green cover and a leather wind band. Like the German marrow helmet and steel helmets, there are many patterns inlaid with metal bottom plates on both sides, such as the Nazi eagle, the German flag color (black and white) three -color shield emblem, or the unique sign of the African army, which is one, which is also one. Coconut tree plus Nazi logo. However, German officers and soldiers don’t like this kind of helmet, only wearing on more formal occasions. African soldiers prefer to wear ship -shaped caps, system field caps and large brim hats.

The German army of wearing a wooden marrow helmet

The West generally refers to the African army’s field caps as a Peaked Cap. In English, Peaked fingers tip and fingers. This hat is indeed both, but the Germans themselves call the field cap (EinheitsFeldmütze). The style is similar to the German mountain. The troops’ climbing cap (ski cap), canvas texture, long hat tongue can play a role in making wind and sand. It’s just that the folding ear protection is fake and cannot be put down. Before July 1942, the organic troops were organized on the hat. This hat is easy to fade, so to some extent, it becomes a symbol of veterans, and some soldiers deliberately fade the hat, indicating that they are desert veterans.

The ship -shaped hat style of the African army is similar to the M38 ship -shaped hat. The material is replaced with diagonal cotton cloth. There is a metal vent hole on each side. Many officers and armored vehicles like to wear.

The officer behind Rommel wearing a ship -shaped hat

Due to the special environment of the desert, the African Army wore a variety of sunglasses and windproof mirrors, and there were also seized. In order to prevent wind sand, many officers and soldiers even wrapped their fabrics with fabrics.

The African Army (repair color) on the cover of the “Signal”

It is worth mentioning that the windproof mirror that Rommel himself used to wearing was seized from the British army. The wind mirror on the large brim hat has become one of the significant features of Rommel’s personal image. 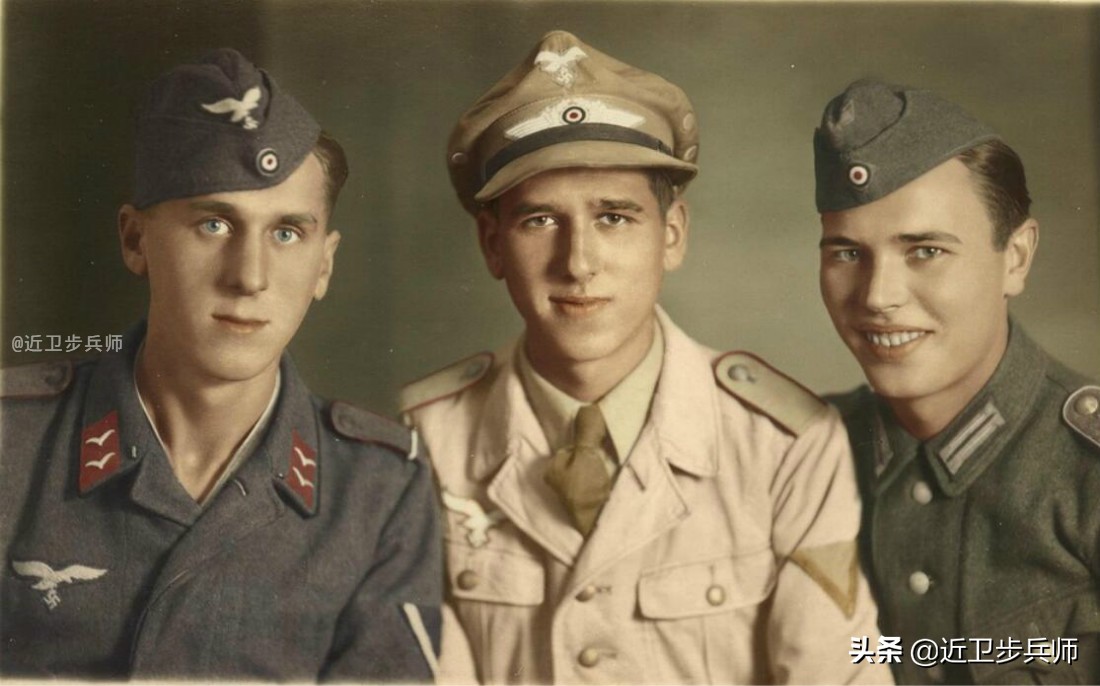 The material of the African military uniform is basically oblique cotton cloth. The advantage is sweat absorption, breathable and close -fitting. The disadvantage is that it is easy to shrink and wrinkle, so it is not so exclusive.

The most significant difference between military uniforms and the Germans on the European continent is to use small lapels instead of collar design. The eagle emblem on the right chest is changed to weaving, and the collar and shoulder chap are made of cotton. Therefore, this military uniform may be the smallest difference between the German officers and soldiers in World War II. However, the officers, especially the generals, were not satisfied with this. They had a good workmanship, such as the M1935 eagle emblem, collar, and shoulder chapters on African military uniforms.

M1942 omitted the folds on the uniform pocket. On the basis of this, the M1943 (the North African Campaign has basically ended), on this basis, the flip cover of the uniform pocket was changed to a straight line.

In addition, the African legion, including the army officers, also distributed a system tie, but many officers felt that the desert was too hot, or he did not tie the tie on the pretext of wearing a neckline.

It can also be seen from the photos that German and African soldiers like to wear shorts because of climate, there are uniform distribution, cut trousers, and even seized British army shorts. In theory Wear shorts on the occasion, but even Rommel does not comply with this rule.

Rommel, who wears shorts, pays attention to the army officer who pays the tie

Don’t be strange, although the desert area is hot, the temperature difference between day and night is large, and you still need to wear a coat at night. Therefore, the African Army distributed the M1940 -type high tropical coat regardless of the officers and soldiers. The style is similar to the M1935 field ash coat, but the color is chocolate brown, and the double row of 6 buttons are slightly different. Essence In addition, the officers also distributed leather clothes.

The African Army’s helmet has both M1935 and M1942. The side flowers on the side are the logo of the African army, or the hawk emblem of the black background. Most soldiers painted the helmet into pale yellow, beige, or yellow -brown, or simply used hemp cloth as a helmet cover to disguise. 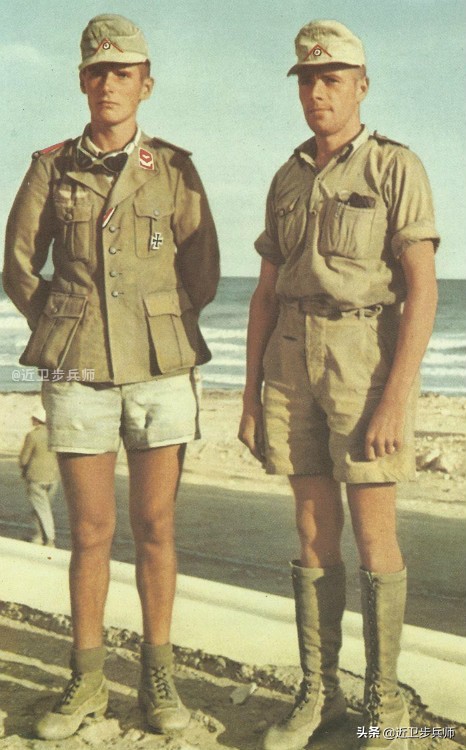 In addition to wooden medulla helmets, the armored soldiers also wear the M1940 armored armored soldiers in the hot belt. The style is large and the second version of the M1934 is similar to the field. The armored soldier prefers this kind of field cap, thinking it is more suitable for use in the car.

From September 8, 1942, the military cap of the African army was added to the V -shaped pink soldier dental floss, and the officer added an aluminum roller edge. Of course, many armored soldiers violated the bar and still wearing black armored soldiers.

This military hat is made of canvas with a jaw belt. The color is the genuine, brown, black, or dark blue. Compared with the standard Air Force Army hat, there is no silver hat wall ribbon, hat emblem and eagle emblem are all woven, so many officers have found their own hats and metal hats. This kind of hat can be equipped with neck cloth on both sides and rear, which is commonly known as the “fart curtain”. It has a high recognition in the German Air Force and even the entire World War II German forces. Whether it is related to this.

This allusion comes from the guarantee of the German Air Force Commander Herman Golin vowed: “As long as a enemy aircraft flew to Ruher, Germany, you will call me Maye.” Miye is a common surname of German farmers, Gorin, Gorin, The meaning of this kind of power is self -evident. However, in the early days of the war, British and Soviet bombers bombed Berlin, and Gorin’s Haikou became a laughing stock.

The ear protection of Maye Hat 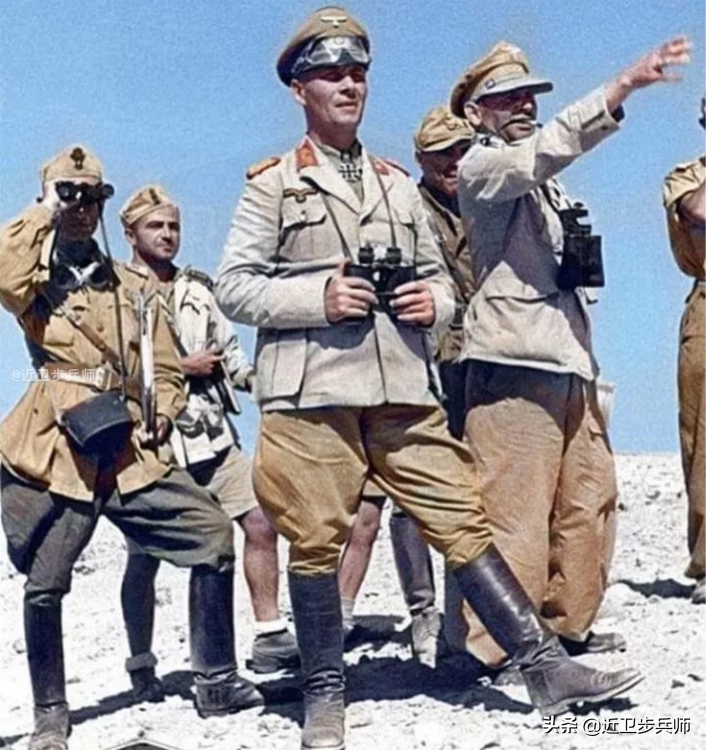 The colors of the German Navy’s tropical uniforms are available from olive green to yellow -brown. The style is similar to the army. Only some details are different. For example, the style of the eagle emblem is consistent with the standard military uniform of the navy.

The cuffs of the African army should be worn on the right arm of the military uniform according to regulations. There are two types of words. One is Africa and the other is the African army. The letters are mostly silver -gray, woven on the cuffs, and the background is yellow brown. However, the style of the German Air Force is dark blue.

Since February 1943, Hitler ordered the African military sleeve marker to be changed to campaign rewards instead of the troops logo.

3. During the serving of North Africa, it is sick and has a certificate of retirement and returning home.

Another campaign reward is the Italian-German Battle Medal. It was issued in early 1942. It can be seen from the name that this is the Italian Medal, but it is also issued to the Germans. With Italy, the Cavaliers grabbed a crocodile’s paw, and the crocodile was naturally Britain. On the back of the medal is the Philini Triumnt built by Italy in Libya, on the left is the Italian fascist logo, the right side is the Nazi logo, the edge is written in Italian and German. Represents the national flag color of the two countries.

Since the surrender of Italy in September 1943, the Germans have ordered the ban on German staff to wear. 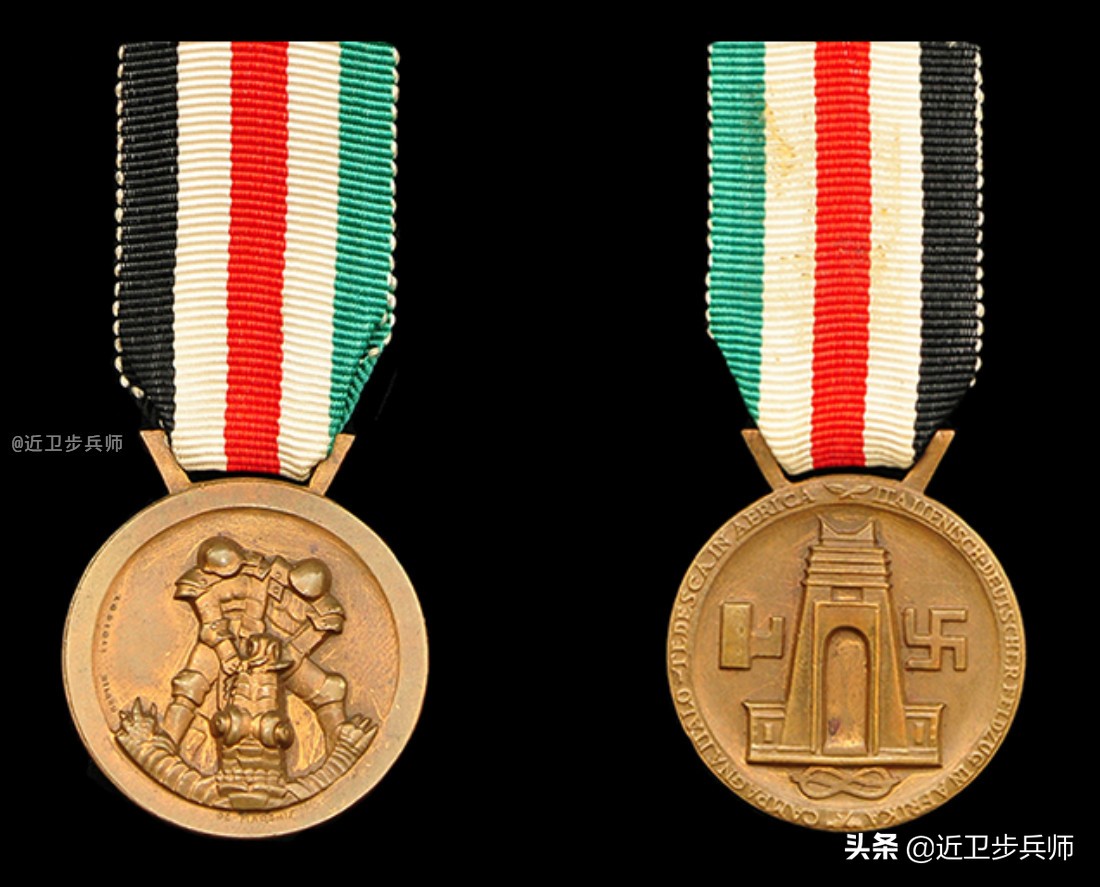 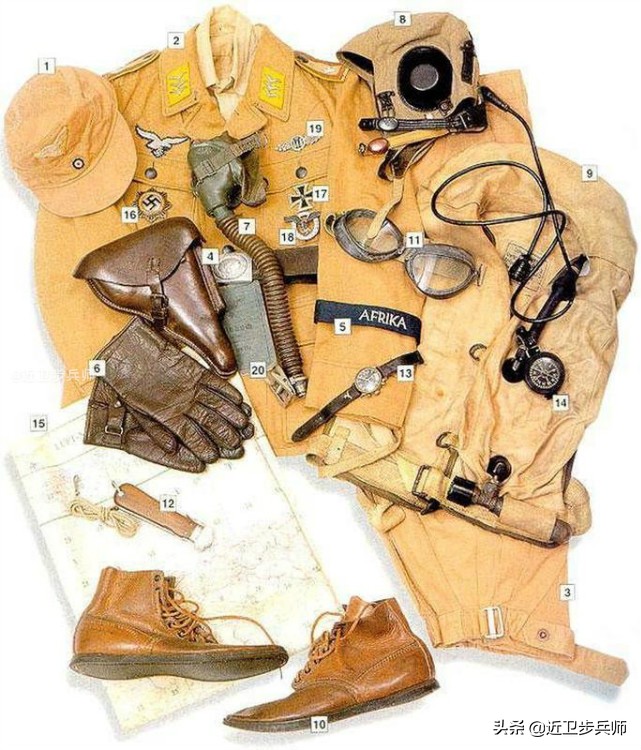 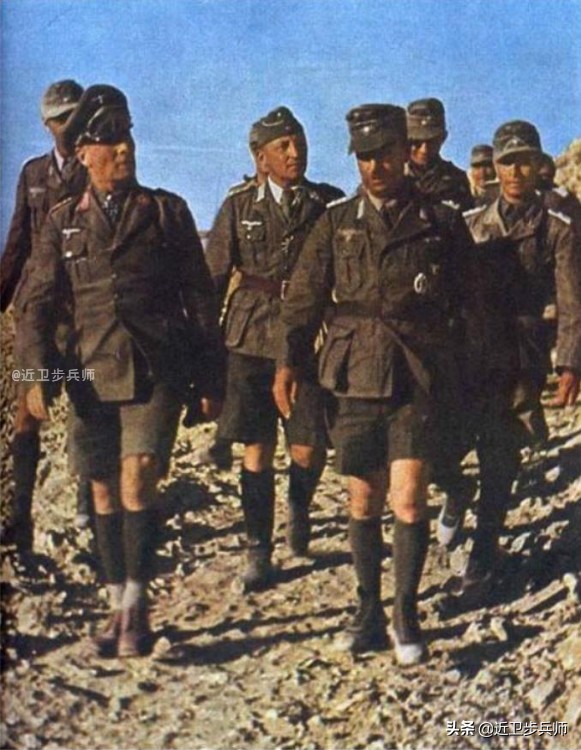 07 wooden marrow helmet, with the three -color shield -shaped flowers of the Army 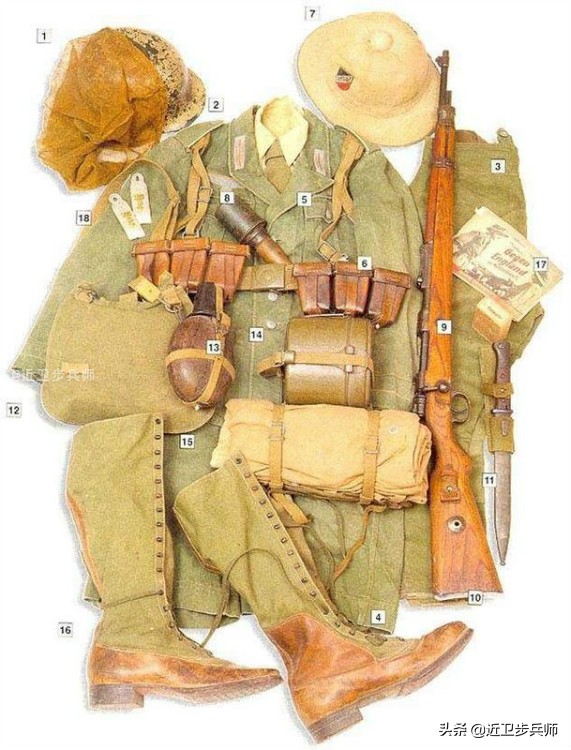 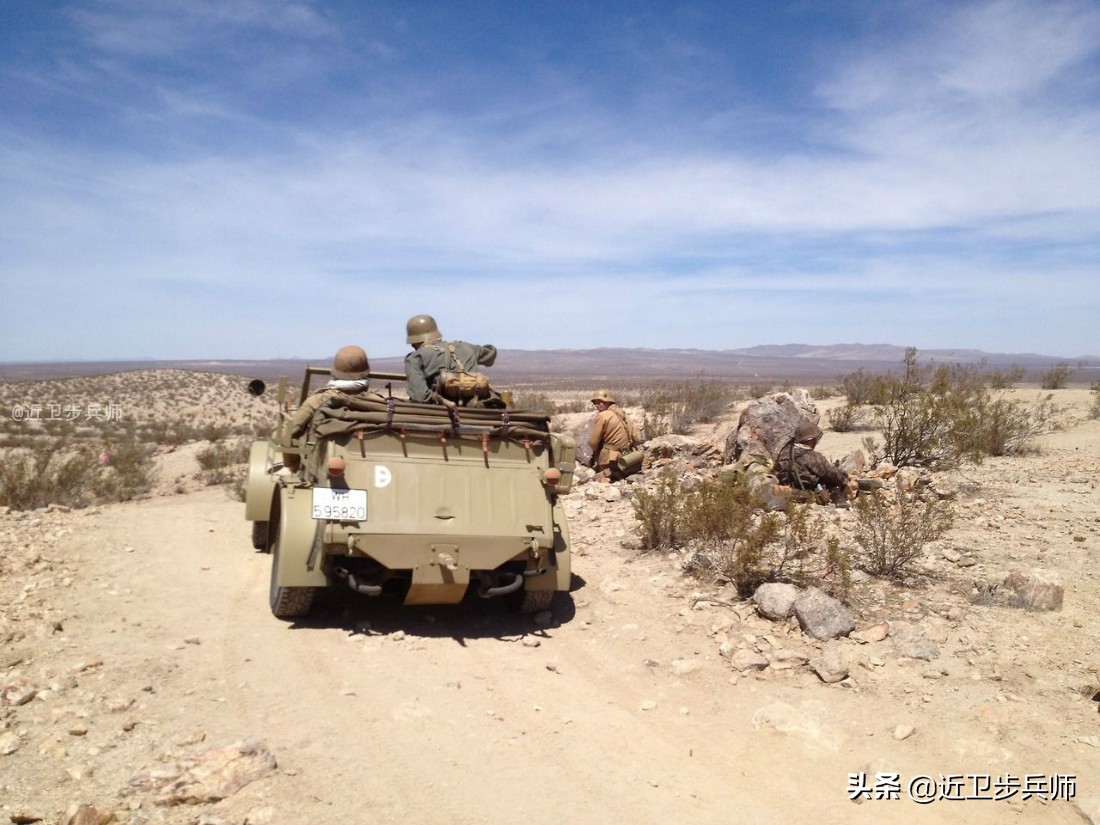 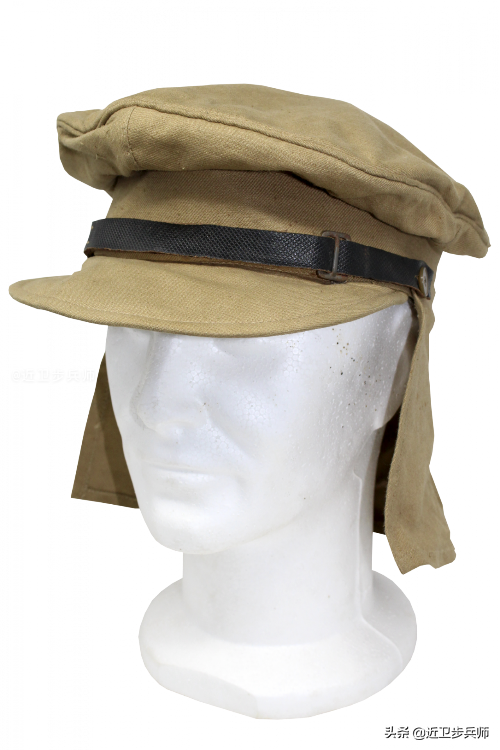 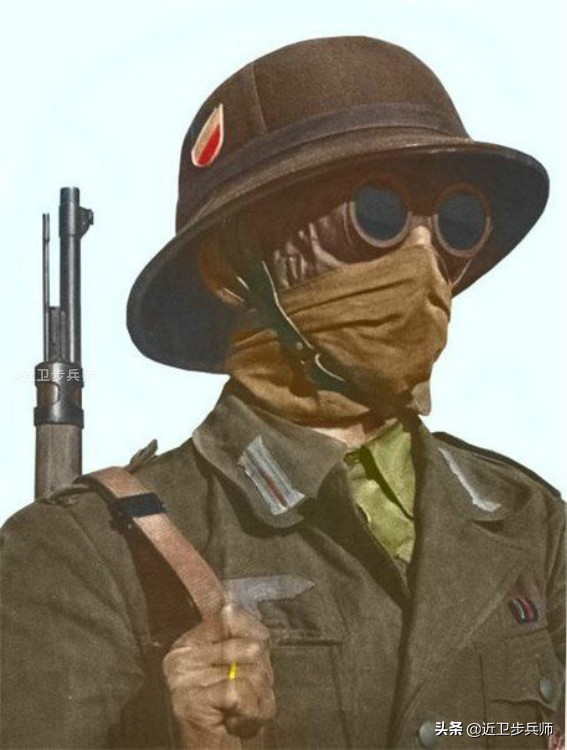